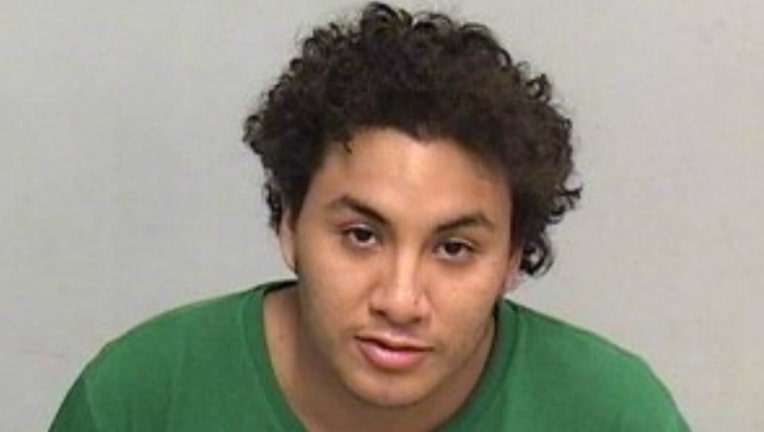 ROUND LAKE BEACH, Ill. - A 23-year-old man is charged with shooting a Round Lake Beach police officer on Sunday during a dispute.

Alan D. Quintana-Cruz faces a count a felony aggravated battery and a felony count of disarming a police officer, the Lake County Major Crime Task Force said in a statement.

Officers were called about 1 p.m. to a home and found two adults fighting outside in the 100 block of Golfview Drive, Round Lake Beach police said at the time.

When an officer intervened, one of the adults turned to attack the officer, police said. The man tried reaching for the officer’s gun, and it went off while it was still in its holster.

The officer was hit in the leg, and his condition was stabilized, police said. Quintana-Cruz was arrested at the scene.

Quintana-Cruz had an active failure to appear arrest warrant for battery, the task force said. He was arrested on the warrant and has been in custody since the incident.

He is due in court later Tuesday.