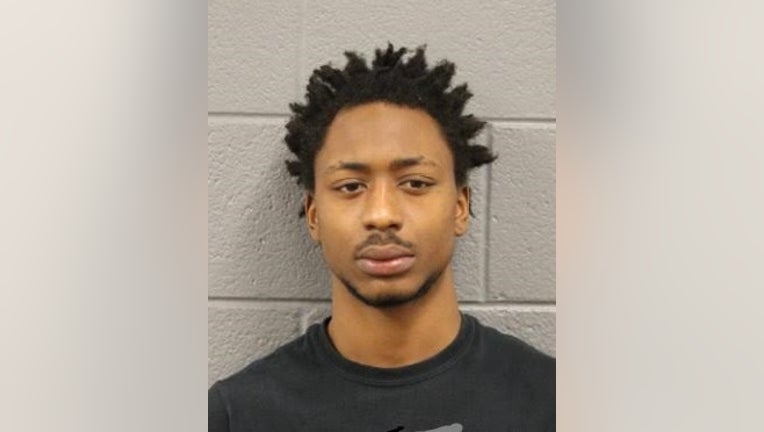 CHICAGO - A judge denied bail Thursday for the man accused of fatally shooting a man and wounding his 13-year-old sister earlier this month in Humboldt Park on the West Side.

James Murphy, 21, was charged with one count of first-degree murder and five counts of attempted murder after allegedly firing at a group of siblings gathered on a front porch Oct. 13 in the 900 block of North Lawndale Avenue, according to the Cook County state’s attorney’s office.

With a single round, Murphy fatally shot Raekwon Stafford, 23, and injured Stafford’s 13-year-old sister after the bullet went through his body and became lodged in her chest, authorities said.

Murphy previously dated one of Stafford’s siblings, who was also on the porch that afternoon, according to court records.

A shooting left a man dead and a 13-year-old girl wounded Tuesday in Humboldt Park on the West Side, police said.

Stafford, his girlfriend and four of his siblings were walking home from a store on the day of the shooting when Murphy’s child’s mother drove over and confronted the group, prosecutors said. After the confrontation, the siblings walked to a home in the 900 block of North Lawndale Avenue and sat on the front porch.

About 4:45 p.m., Murphy allegedly rode past the home in the passenger seat of a stolen red 2008 Chevrolet Cobalt and began shooting at the group, prosecutors said. A bullet went through Stafford’s chest before hitting his younger sister.

Murphy tried to continue shooting but his gun jammed, prosecutors said. He stepped out of the car to attempt to re-rack his gun but then got back in the vehicle and fled.

Responding Chicago police officers found Stafford’s body lying next to the porch with a through-and-through wound to his armpit, prosecutors said. He was transported to Stroger Hospital and later pronounced dead.

The child was also taken to Stroger, where she was treated and released the next day with the bullet still lodged in her chest, prosecutors said. She will require additional surgery to remove it.

Murphy is due back in court Nov. 10, according to court records.