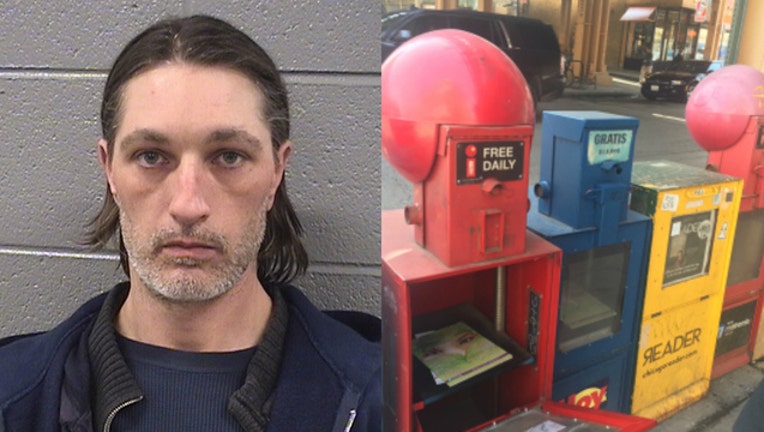 CHICAGO (STMW) - A north suburban man has been charged with vandalizing newspaper boxes around the Chicago area over the past six months.

James Austin, 41, was charged Feb. 16 with felony criminal damage to property for vandalizing newspaper boxes between August 2015 and February 2016, according to Chicago Police.

Austin is suspected of breaking the window panels and handles off boxes throughout the city, and north and southwest suburbs, as well as stealing copies of the papers inside, according to Vera Sauchanka, a spokeswoman from Chicago News Media Group. The group runs a local weekly paper printed in English and Russian, whose stands were among those damaged.

Austin, of the 5000 block of North Odell in Harwood Heights, was released on 10 percent of a $25,000 bond Feb. 23, according to the Cook County sheriff’s office. He is next scheduled to appear in court Friday.