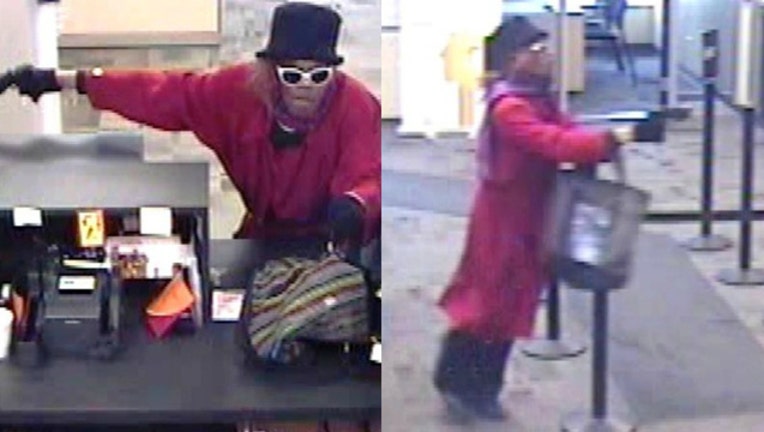 CHICAGO (Sun-Times Media Wire) - A man dressed as a woman robbed a North Park neighborhood bank at gunpoint Tuesday on the Northwest Side.

The suspect was described as a black male with a slender build wearing a red trench coat, black hat, white rimmed sunglasses black gloves, a black shirt, black pants and purple scarf, according to the FBI.

The suspect showed a handgun, but no injuries were reported, Croon said.