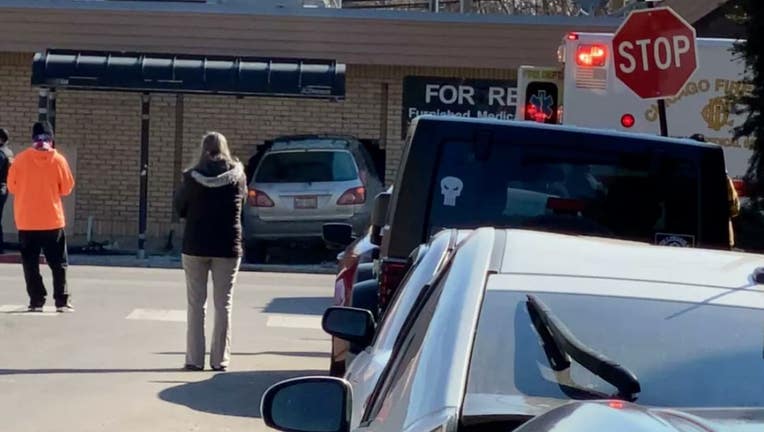 The site where an SUV was driven into a building March 6, 2021, at Belmont and Nottingham avenues. | Provided by Lauren Mickels

CHICAGO - A 79-year-old man drove an SUV into a building Saturday after experiencing a medical emergency behind the wheel in Schorsch Village on the Northwest Side.

The man had a medical emergency about 2:05 p.m. while driving in the 3200 block of North Nottingham Avenue, Chicago police said.

He drove into two parked vehicles on the east side of the street, then crashed into a building at the intersection with Belmont Avenue, police said.

The man was taken to Loyola University Medical Center to be treated for a spinal injury, police said.

No citations were issued for the incident.