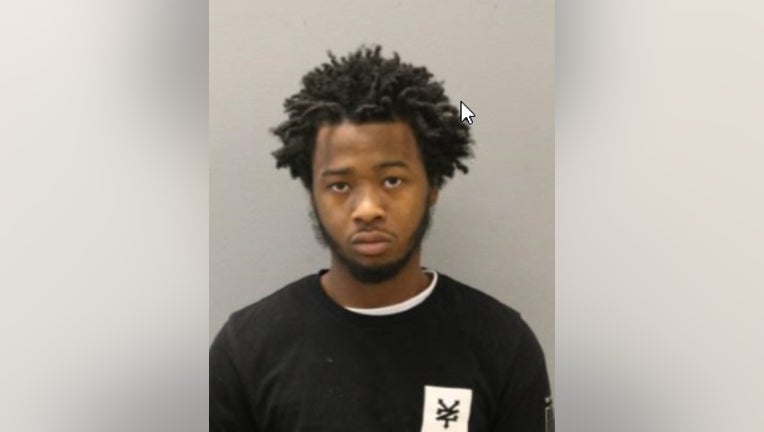 CHICAGO - A convicted felon who just started serving probation on a weapons charge was hunting for rivals in a South Side park when he fired 19 shots at Chicago police officers over the weekend, Cook County prosecutors said Tuesday.

None of the officers were injured and, 22-year-old Kamari Pleasant — one of three alleged gunmen — was apprehended minutes later Saturday hiding under a car and in a pile of leaves.

A 17-year-old boy was also arrested that day after he was found lying near a basement stairwell next to a .40-caliber Smith and Wesson, prosecutors said.

Despite gunshots “that sounded like fully-automatic gunfire,” the three officers did not fire back at the shooters, prosecutors told Judge John F. Lyke Jr.

“What’s most amazing, and shows tremendous training and professionalism in my humble opinion, no officer fired a single shot,” Lyke said before ordering Pleasant held without bail on attempted murder charges.

The teenager also has been charged as a juvenile.

Six 9mm casings found in the park are believed to be from the third, uncharged shooter who got away, Murphy said.

Before the shooting, someone called police to report that three people with guns were exiting a car to enter the park “to do a shooting,” Murphy said.

One officer took cover, while another officer left the squad car and took cover behind a parked vehicle, Murphy said. The third officer, anticipating the shooters would run toward Wallace Street, got in the driver’s seat and picked up the two other officers, Murphy said. The officers, with the help of a citizen, drove around the fenced-in park and located the car they initially tried to stop, arresting the driver, who allegedly told police he dropped off the defendants to hunt rivals in the park.

Other officers searching the neighborhood found Pleasant in a driveway east of the park, Murphy said. A .40-caliber Glock, converted to a fully-automatic weapon with an extended clip, was recovered nearby, Murphy said. Pleasant later tested positive for gun residue, Murphy said.

The 19 shell casings found at the park matched the gun, and two of the officers identified Pleasant as the shooter, Murphy said.

At the time of the shooting, Pleasant was 19 days into a two-year probation he was sentenced to after pleading guilty to a gun charge Nov. 2.

Pleasant’s defense attorney argued that there was no evidence that tied him to the case, and that the father of two was merely fleeing gunshots in the park like anyone else would.

“According to the state, this defendant turns and starts firing. The officer takes cover and can feel bullets whizzing past him,” Lyke said. “At that point, they didn’t do what most human beings would do, and get the heck out of there. They continue to pursue. These are the real heroes.”

Pleasant, who lives in Dolton with his aunt, is expected back in court Dec. 14.