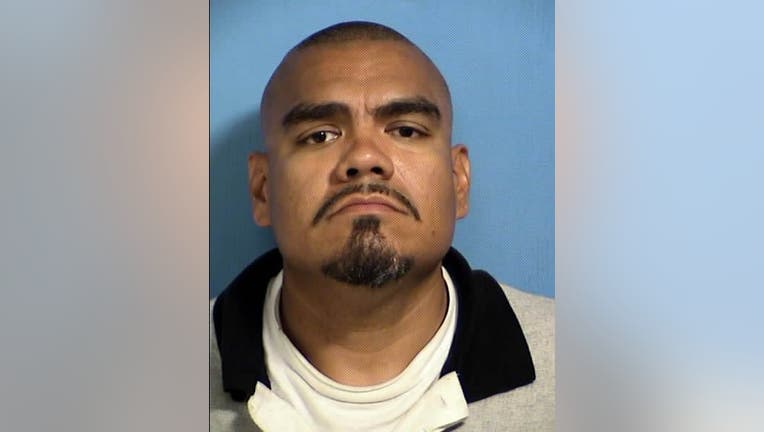 ADDISON, Ill. - A man was sentenced to seven years in prison for a fatal 2018 DUI crash in west suburban Addison.

Mario Gonzales, 38, pleaded guilty in December to a felony count of aggravated driving under the influence for the crash that killed 29-year-old Fredy Loyo, according to a statement from the DuPage County state’s attorney’s office.

Judge George Bakalis accepted the plea and sentenced him Thursday to seven years in the Illinois Department of Corrections.

Gonzales was driving west on Lake Street in Addison about 1:48 a.m. on Sept. 21, 2018, when he ran a red light at Swift Road and crashed his car into Loyo’s while Loyo was driving to work, prosecutors said. Loyo was taken to a hospital and pronounced dead.

Gonzales was going about 86 mph at the time of the crash and his blood alcohol content was recorded about an hour later at 0.19, more than twice the legal limit, according to the state’s attorney’s office.

“Mr. Gonzales’ incredibly reckless behavior that night cost Fredy Loyo his life,” DuPage County State’s Attorney Robert Berlin said in the statement. “While Fredy’s friends and family are still grieving their loss, perhaps today’s sentencing of the man responsible for his death will help them gain some measure of closure in this horrible chapter in their lives.”

Gonzales will be required to serve at least 85% of his sentence before he is eligible for parole, prosecutors said.