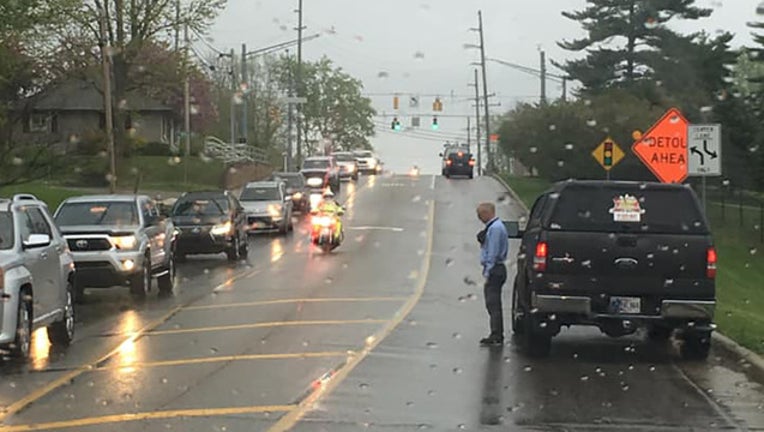 BLOOMINGTON, Ind. (FOX 13) - An unidentified man is earning praise for his act of respect as a funeral procession drove by in Indiana.

Joy Wagler was driving in Bloomington when she said a funeral procession went by in the opposite direction.

That's when she said the driver of the pickup truck in front of her pulled over and got out of his vehicle. Despite the rain, the man took off his hat and bowed his head as the procession drove past.

Wagler took a photo of the man's selfless act and posted it on Facebook.

"This was longer than the average funeral procession and he didn’t move until it was over," she wrote. "I don't know him, but he is a wonderful example of how we need to act when a funeral procession comes through while we are driving."

Wagler said she wanted to applaud the man for showing compassion.

"He showed so much respect. It was a good reminder to me that we should never be so busy and so much in a hurry that we forget to show compassion and respect for our fellow men.