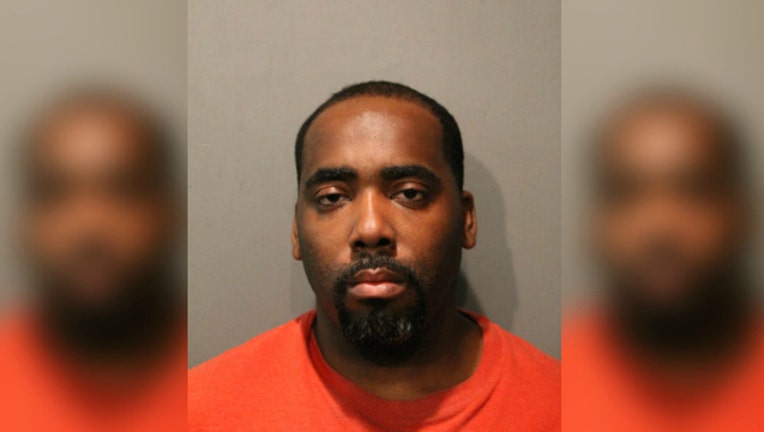 First he told detectives that the boy may have choked on his own vomit, then he said the baby could have rolled off an air mattress, or that he may have dropped him on the floor and smothered him by accident, Assistant State’s Attorney Matthew Howroyd said.

Holman, 34, also proposed that he might have rolled over his son while they were sleeping, or that he may have squeezed Bryson when he was crying, or that the baby rolled out of his car seat and fell on the ground, the Chicago Sun-Times is reporting.

The child was healthy Friday evening when Holman and the baby’s mother took him to a restaurant, Howroyd said. Others who baby-sat him earlier that day also said he was completely fine and had no signs of injury.

But Bryson died with severe injuries while solely in Holman’s care for the first time on Saturday, Howroyd said.

Holman, of the 3200 block of West 83rd, was charged with Bryson’s murder. He was ordered held in lieu of $1 million bond on Tuesday.

Bryson was the son of Holman and his girlfriend.

Holman’s wife, who also has a newborn, did not know about his extramarital relationship. When Holman came home to his parents’ basement, where he lived, his family did not know he had Bryson with him, Howroyd said.

Holman’s girlfriend called early Saturday to check up on Bryson and could hear him crying, Howroyd said.

But at noon that day, Holman called paramedics to his home, where he stood on the porch holding Bryson in his arms, Howroyd said.

Bryson was “cold” to the touch and unresponsive. Rigor mortis had already begun to set in, Howroyd said.

The baby was pronounced dead on arrival when he was taken to Advocate Christ Medical Center in Oak Lawn.

An autopsy Sunday found Bryson died of multiple injuries from abuse, and his death was ruled a homicide. The autopsy also revealed that the injuries were not consistent with accidental injuries, Howroyd said.

An abuse investigation is pending against the baby’s father, Illinois Department of Children and Family Services spokeswoman Veronica Resa said earlier this week.

The agency has not had previous contact with the family, and the boy’s three siblings do not live with his father, Resa said.