Chicago police announced charges Wednesday in a shooting that killed a 7-year-old girl and injured her 6-year-old sister in August on the Northwest Side.

CHICAGO - When Aireon Luster was arrested in connection to Serenity Broughton’s murder last month, Cook County prosecutors cited a lack of evidence and rejected charges against him, deepening a schism between State’s Attorney Kim Foxx’s office and Area 5 police detectives.

Luster, 24, was eventually released from custody and couldn’t be found shortly after, a source told the Chicago Sun-Times.

Luster was located and arrested again Wednesday on a warrant at his grandmother’s home in Riverside. He was charged with the Serenity’s murder and the 7-year-old’s younger sister’s attempted murder later that day.

Thursday, Luster was ordered held without bail for the Aug. 15 shooting.

The west suburban man is accused of being one of two gunmen who opened fire as Serenity’s mother was putting her and her sister Aubrey, 6, in a parked car in the 6200 block of West Grand Avenue.

Both girls were struck in the chest and Serenity later died at Loyola University Medical Center in Maywood. Aubrey survived.

A relative of the girls was believed to be the intended target of the shooting, CPD Chief of Detectives Brendan Deenihan said Wednesday. 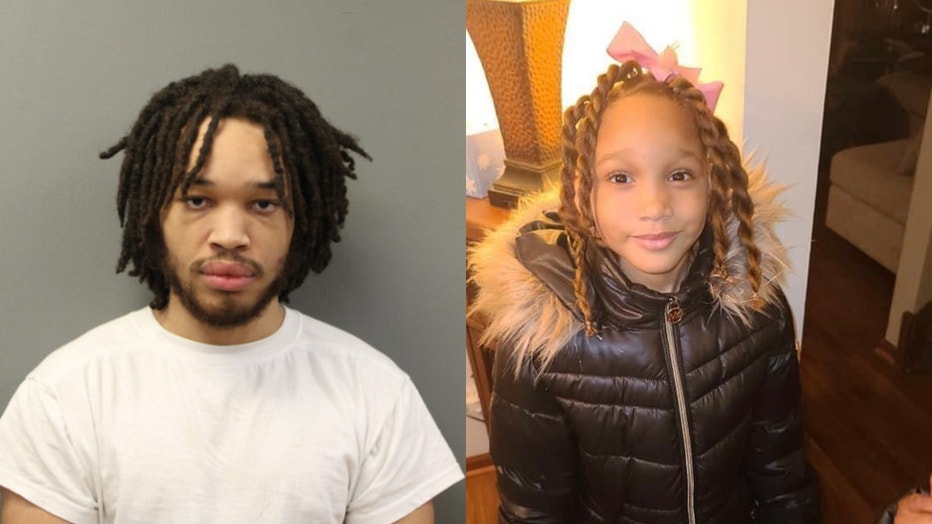 "There were 29 shots fired here — 29 shots," Assistant State’s Attorney James Murphy said during Luster’s bond hearing at the Leighton Criminal Courthouse Thursday. Luster and the second gunman "lit up that block. They did not care who was out there in the middle of the afternoon," Murphy said.

Murphy briefly mentioned Luster’s previous arrest Thursday but didn’t go into detail about the resulting tension that simmered between police and prosecutors.

A witness saw Luster exchanging threats with Serenity’s uncle just a half hour before the shooting, Murphy said. Witnesses also identified Luster as the driver of a silver Chevy Impala that was recorded driving on the block where the shooting took place before he parked in a nearby alley, Murphy said.

Luster and a passenger who was in the Impala were then allegedly seen getting out of the car and walking down a gangway. Seconds later, the volley of shots rang out and Luster was seen running back to the car, Murphy said.

Shell casings that were recovered showed that two different weapons were used in the attack, Murphy said.

Luster owns an Impala and cellphone records shows he was in the area at the time of the shooting, prosecutors said.

The license plates captured on surveillance cameras at the time of the shooting had been stolen and were not on Luster’s car when it was located later, Murphy said.

An assistant public defender disputed the quality of the evidence against Luster, saying the cellphone records unlikely pinpoint exactly how close his mobile had been to crime scene. The defense attorney also said there could be issues with the witnesses’ identification of Luster and the quality of the surveillance recordings.

"It is the tragic reality of gang violence that unintended victims are often caught up in those violent and careless acts."

Luster is expected back in court Nov. 3.