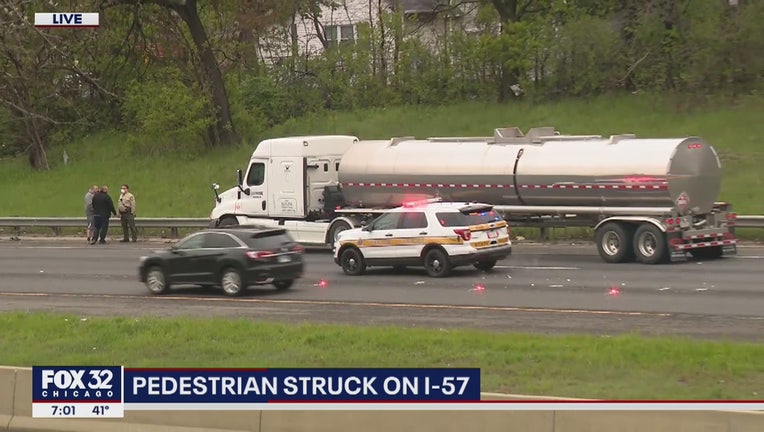 CHICAGO - A 25-year-old Calumet Park man was fatally struck by a semitrailer Monday on I-57 near Washington Heights on the South Side.

The man was outside a vehicle at 4:53 a.m. when he was hit by a semi in the northbound lanes near 103rd Street, according to Illinois State Police. He was taken to Christ Medical Center in Oak Lawn and pronounced dead.

The semi driver, a 35-year-old West Virginia man, remained at the scene and no citations have been issued as of Monday morning, state police said.

An autopsy result released Tuesday found he died of injuries from being struck by a truck, the Cook County medical examiner’s office said. His identity has not been released.

Traffic was reduced to one lane until 7:40 a.m., when all lanes were reopened, state police said.