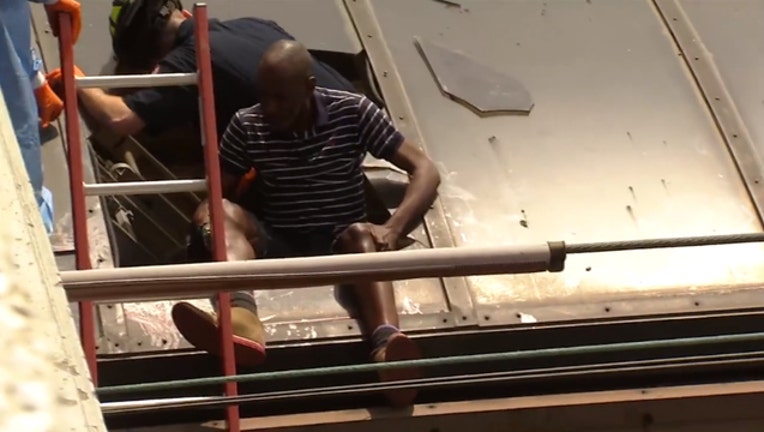 CHICAGO (Sun-Times Media Wire) - A man was injured when he fell onto the canopy over a Metra platform downtown Tuesday morning.

The man, whose age wasn’t immediately available, fell onto the canopy at the Van Buren St. station from a pedestrian walkway above the tracks at 400 S. Michigan Ave. about 10:45 a.m.

Metra spokesman Meg Reile said at least one of his legs went through the plexiglass canopy, but he was conscious and alert at the scene.

Firefighters cut the remaining part of the canopy to extricate him from below, Reile said.

The incident did not stop service on Metra’s Electric Line, Reile said.