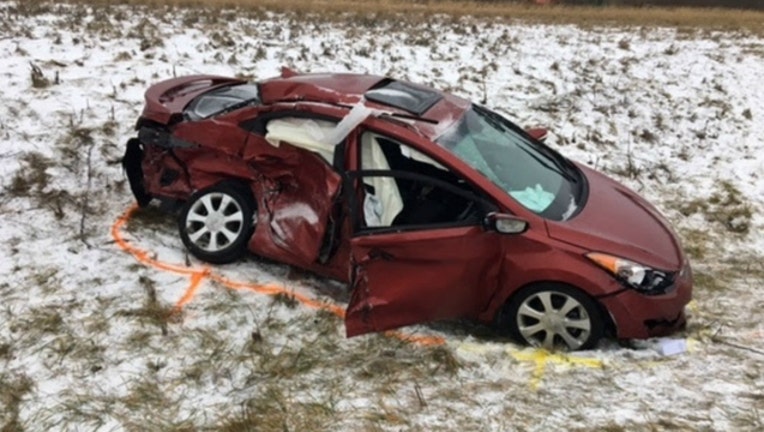 SUN-TIMES MEDIA WIRE - A man was killed in a crash that left two women seriously injured Friday morning on the Indiana Toll Road in northwest Indiana.

A 36-year-old woman was driving a red 2013 Hyundai westbound at 7:13 a.m. on Interstate 80/94 about a mile east of the LaPorte exit when she lost control of the car, according to a statement from Indiana State Police. A black 2015 Freightliner semitrailer that was also heading west then collided with the Hyundai.

The crash sent the Hyundai into the ditch along the north side of the tollway, while the semi came to a rest in the center median, police said.

A backseat passenger from the Hyundai, 63-year-old Jucai Li of Shanghai, China, was pronounced dead at the scene, police said. Another passenger, a 62-year-old woman from Shanghai, was taken to LaPorte Hospital and then transferred to Christ Medical Center in Oak Lawn with “serious and life-threatening injuries.”

The driver of the Hyundai, a South Bend, Indiana, resident, was taken to Memorial Hospital in South Bend with serious injuries, police said. A 2-year-old boy who was riding in the back of the Hyundai “was securely fastened in a child seat and was uninjured.”

The 54-year-old New Jersey man driving the semi was not hurt, police said.

The cause of the crash remained under investigation Friday, but police said drugs or alcohol did not appear to be factors.