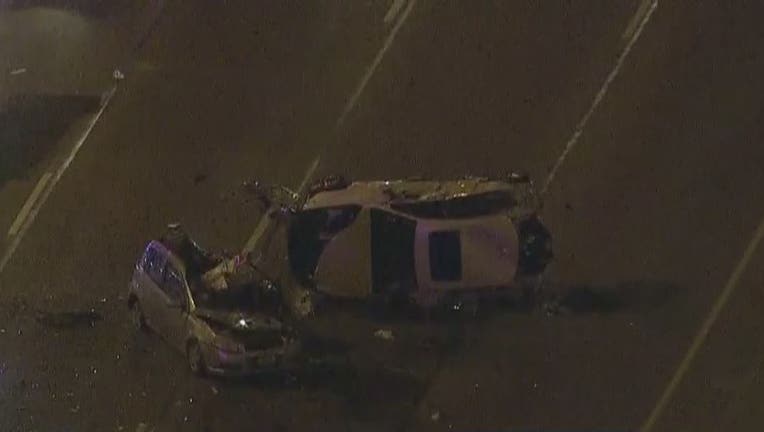 SCHAUMBURG, Ill. - A Plainfield man was killed Wednesday in a four-vehicle pileup on Interstate 290 in Schaumburg.

About 7:25 p.m., a white Lexus IS300 was westbound on I-290 when it drove into the left ditch near Higgins Road and flew over the guardrail into the eastbound lanes, striking three other vehicles, according to Illinois State Police.

Edwin Mijares, the 60-year-old driver of a Chevrolet Aveo, was killed in the collision, police and the Cook County medical examiner’s office said. A 58-year-old woman driving a Hyundai Santa Fe was hospitalized, as was the Lexus’ driver, a 40-year-old Palatine man. Their conditions were unknown.

Eastbound lanes were shut down at Higgins Road into the early hours of Thursday morning. They have since been reopened, police said.