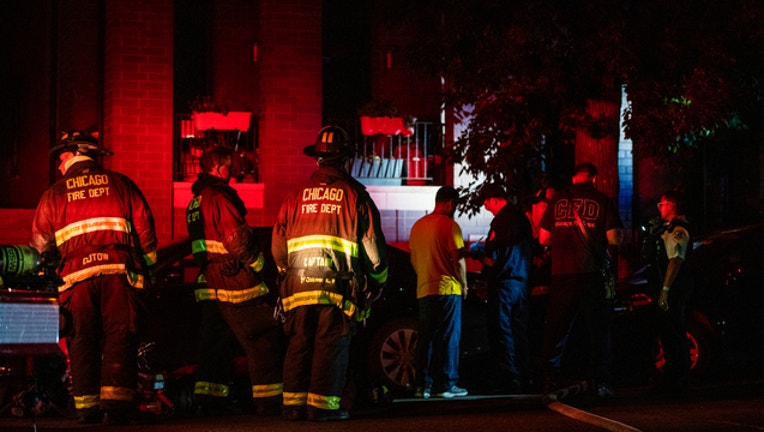 Chicago fire fighters respond to an apartment fire, Monday night, in the 3100 block of North California, in the Avondale neighborhood. | Tyler LaRiviere/Sun-Times

CHICAGO (SUN TIMES MEDIA WIRE) - A man was killed in a fire Monday at a home in Avondale on the Northwest Side, police said.

Authorities responded to a blaze about 12:11 a.m. at a three-story building in the 3100 block of North California Avenue, according to Chicago police.

There, John Janege, 39, was discovered in a condo on the first floor and pronounced dead on the scene, police and the Cook County medical examiner's office said. He lived in the same block he died in.

No other injuries were reported, authorities said. The cause of the fire is under investigation.