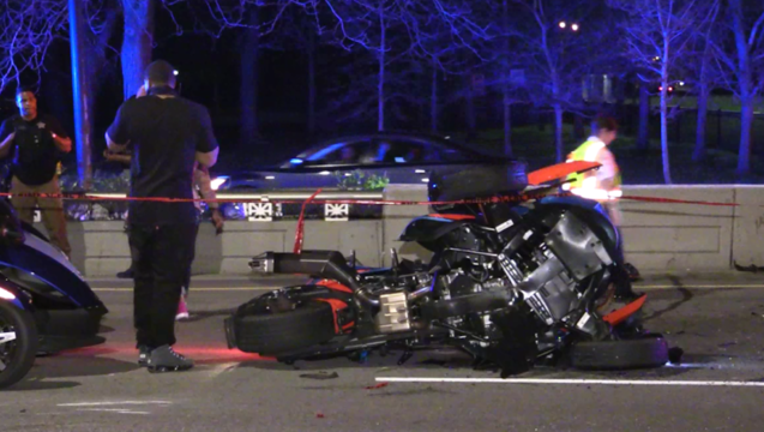 CHICAGO (Sun-Times Media Wire) - A man was killed in a crash Friday night on South Lake Shore Drive in the Hyde Park neighborhood on the South Side.

The 35-year-old was driving a motorcycle about 10:40 p.m. in the 5700 block of South Lake Shore Drive when the motorcycle rear-ended an SUV, police said.

He was pronounced dead at the scene, police said.

The Cook County medical examiner’s office identified him as Michael Cook of the 15200 block of Dante in south suburban Dolton.

The driver of the SUV declined medical attention, police said. No charges or citations were issued, and the Chicago Police Major Accidents Investigations Unit is investigating.