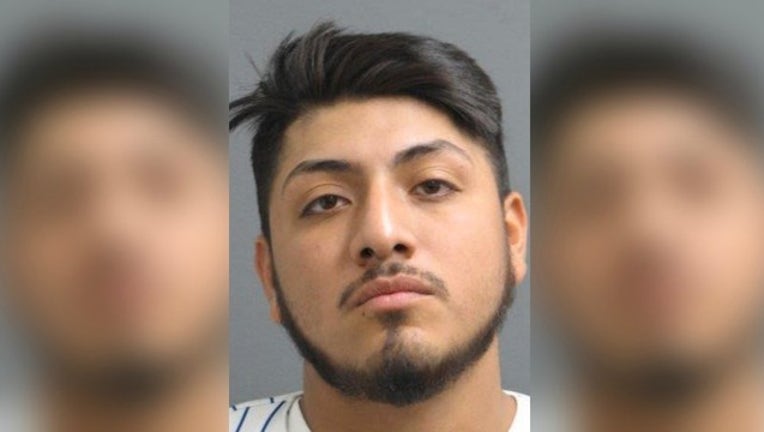 RIVERSIDE (Sun-Times Media Wire) - A Stickney man driving home from a Cubs game with a child in the back seat late Thursday is facing DUI and child endangerment charges in west suburban Riverside.

Frederick Gomez, 23, was spotted speeding and swerving at 11:16 p.m. on Harlem Avenue and Addison Road, according to a statement from Riverside police. He was driving 51 mph in a 30 mph zone and nearly struck a pickup truck, police said.

When the officer curbed the vehicle and spoke to Gomez, he smelled a strong odor of alcohol and noticed a 3-year-old child in the back seat who was not properly secured, police said. Gomez told the officer that he was driving back from a Cubs game and had “downed” at least seven beers but was only “buzzed,” police said.

Gomez, who lives in the 4300 Block of Wisconsin Avenue in Stickney, was charged with one count of driving while under the influence of alcohol, a felony, police said. He was also charged with improper lane usage, exceeding the speed limit, speeding 21 over, failure to secure child in child-safety seat, driving under the influence of alcohol, and endangering the life of a child.

Police later discovered that Gomez had also been arrested in 2010 by the same officer for DUI and child endangerment, police said. He pleaded guilty to both charges.