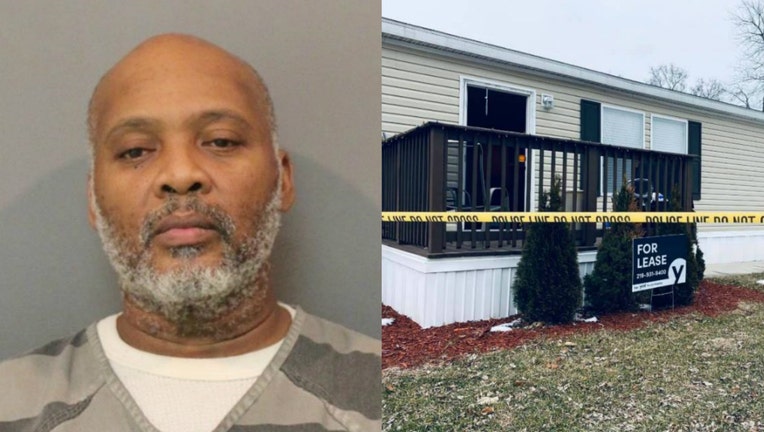 HAMMOND, Ind. - A man released on a nearly $8,000 bond for the attempted murder of his ex-girlfriend allegedly returned to the crime scene three months later and fatally shot her Wednesday, prosecutors in northwest Indiana say.

Charles Goforth, 56, was arrested Thursday in Missouri and charged with the murder of 55-year-old Sylvia Williams, according to Hammond police.

“A very frustrating case,” Hammond Mayor Thomas McDermott Jr. said in a statement posted to Facebook. “Hammond police caught and arrested the same man in November … then, a few weeks later, he returned to the same house and killed [Williams],” he wrote.

“The system failed the victim in this case,” McDermott wrote. “The violent felon should have never been set free on bond in the first place.”

Before the murder, Goforth “constantly” called her to “smooth things over” because he did not want to go to jail for the previous murder attempt, according to a court document provided by Lake County prosecutors.

A relative found Williams dead on the floor of her home Wednesday morning in the Sheffield Estates mobile home park with seven bullets in her body: five from the Wednesday shooting and two from the previous murder attempt, prosecutors said in a court document.

Williams was pronounced dead at a hospital at 8:15 a.m., and her death was ruled a homicide, the Lake County coroner’s office said.

At the time of the murder, Goforth was out on a $7,945 bond after being charged with attempted murder in a shooting that wounded Williams in 2019, Hammond police said.

He allegedly shot her Nov. 1 in the same mobile home where she was later killed, police said. That shooting was captured on two security cameras within the home, according to the court document.

While out on bond, a judge allowed him to return home in Independence, Missouri, according to court records.

Goforth and Williams were married to different people at the time of the murder, the document states.

Detectives said cellphone records tracked Goforth traveling from Missouri to the Hammond mobile home where Williams was killed, the document states. His vehicle was also allegedly recorded driving in Hammond by the city’s license plate readers.

Goforth was ordered held without bond in Lake County Jail, according to court records.

Lake County prosecutors did not immediately reply to a request to clarify if authorities knew Goforth was harassing Williams while he was out on bond.