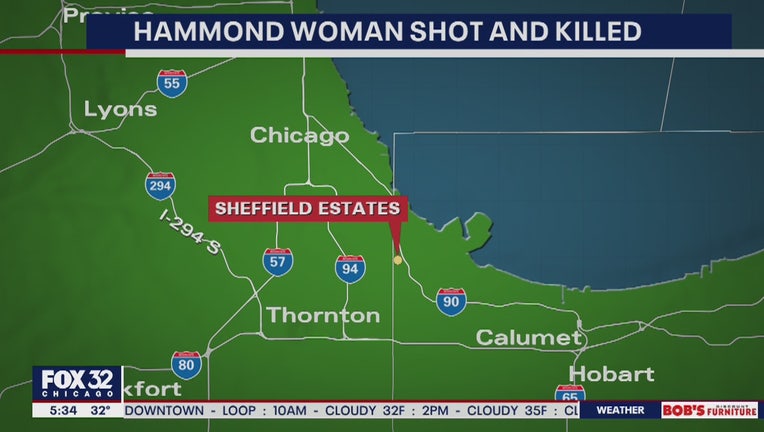 SHEFFIELD ESTATES, Ind. - One person is in custody after a 55-year-old Hammond woman was shot dead in a mobile home early Thursday in northwest Indiana, the same place she was previously wounded in a shooting months ago.

Sylvia Williams was found shot to death about 7:25 a.m. at the Sheffield Estates mobile home park at 3600 Sheffield Ave. in Hammond, according to Hammond police Lt. Steve Kellogg.

The shooting happened inside a home, and was reported to police by a relative, Kellogg said.

She was taken to Franciscan Health in Hammond and pronounced dead at 8:15 a.m., the Lake County coroner’s office said. Williams died of gunshot wounds, and her death was ruled a homicide.

A person of interest was taken into custody Thursday evening, Kellogg said.

Williams was wounded in separate shooting in the same location on Nov. 1, 2019, Kellogg said. She was treated for two gunshot wounds in a shooting that was considered “domestic related,” he said.

Charles Goforth, 56, was charged with attempted murder in that shooting, but was released after posting a $7,945 bond, according to police and county records.

Kellogg did not say whether Goforth was the person taken into custody Thursday.

Police are investigating to see if the two shootings are connected, he said.