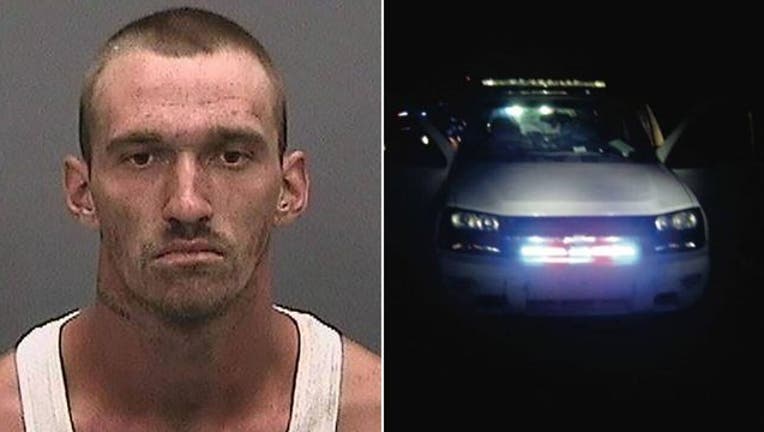 FOX NEWS - A Florida man who “decided to play cop” was arrested last week after trying to pull over an undercover detective, authorities said.

Matthew Joseph Erris, 26, turned on red and blue lights located on the grill of his Chevy Trailblazer and attempted to pull over a vehicle in Plant City, the Hillsborough County Sheriff’s Office said. Police said the man apparently didn’t realize a detective was driving the unmarked car.

When the detective didn’t pull over, Erris turned off the lights and passed him, the Tampa Bay Times reported. The detective then called 911 to alert deputies on patrol.

A sheriff’s deputy later stopped Erris, who allegedly admitted to installing the red and blue lights and using them to bypass heavy traffic, the paper reported, citing an arrest report. Police said they also found an airsoft pistol under the passenger seat.

Erris was charged with impersonating a police officer. He was booked in the Hillsborough County jail and released Thursday after reportedly posting $2,000 bail.

The Sheriff’s Office said it was unclear if Erris had committed similar offenses, and asked anyone who believes they may have been victimized by him to call deputies at 813-247-8200.