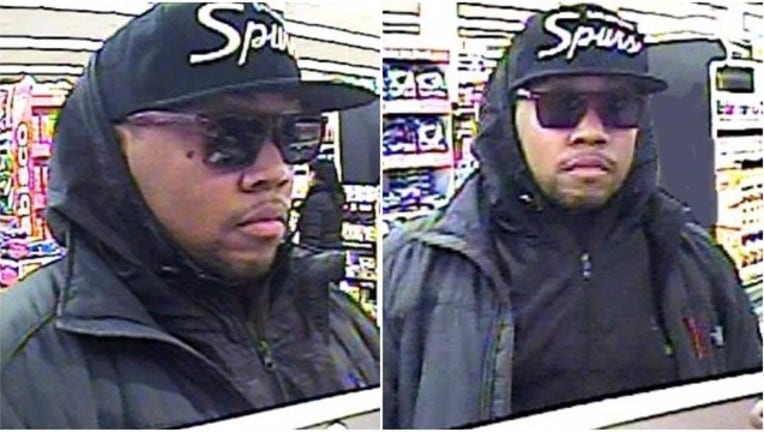 SUN-TIMES MEDIA WIRE - A man robbed a bank inside an Andersonville Jewel-Osco store Monday morning on the North Side.

About 10:15 a.m., he walked up to the TCF Bank branch inside the store at 5516 N. Clark St. and made off with an unspecified amount of cash, according to the FBI. No one was hurt in the “non-takeover” robbery, authorities said.

The robber is described as a black man in his 20s, about 5-foot-7 and 250 pounds, wearing a black North Face jacket, a flat-bill San Antonio Spurs hat and sunglasses.

It was the fifth bank robbery of the year in the Chicago area, FBI statistics show. At least 187 banks were robbed in 2016.

The FBI offers cash rewards for information leading to bank robbery arrests. Anyone with information should call (312) 421-6700.