A Florida man was trying to run on the water to travel from St. Augustine to New York to raise money for charity.

FLAGLER COUNTY, Fla. - The Flagler County Sheriff's Office said a strange vessel washed ashore on Saturday morning. It turned out to be a Central Florida man who was ‘walking on water’ for charity.

"I will show people anything you want to do, do it. Don't listen to anyone. Chase your dreams."

Bodycam shows wheel that washed up on Florida beach

The Flagler County Sheriff's Office shared bodycam video of a strange vessel that washed ashore on Saturday morning. It turned out to be a Central Florida man who was ‘walking on water’ for charity.

In an exclusive interview with FOX 35 News, Reza Baluchi says he is no stranger to the water. He calls his floating contraption his bubble. But his bubble washed ashore in Flagler County early Saturday morning.

TRENDING: Some people are getting $1,000 'thank you' stimulus checks: See if you qualify

His goal is to run from Florida to Bermuda or further north up the coast. 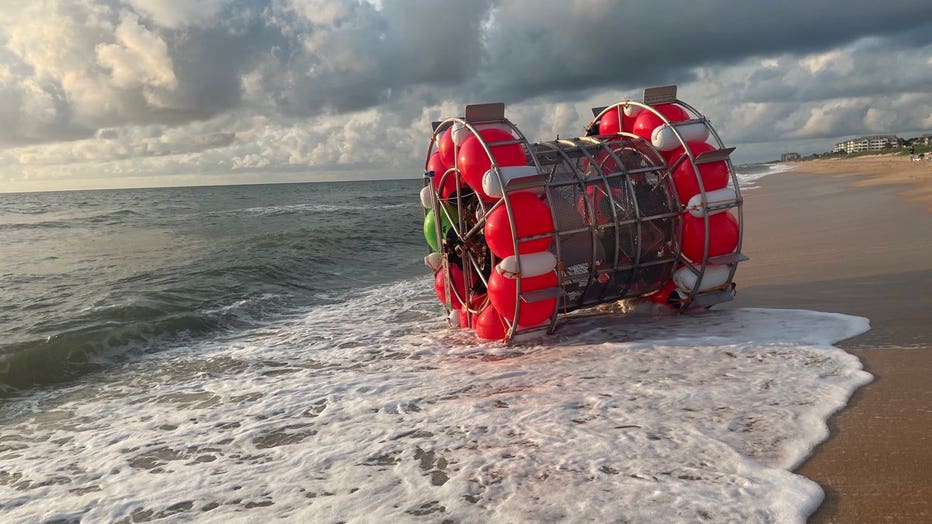 Gina Laspina has been on Baluchi's bubble journey for years. She says he has a GPS tracking device so family and friends know where's he is at all times.

"He’s a survivalist, he can survive anywhere for days and weeks. He's got food, he's got water, he's got everything he needs to keep him safe."

Baluchi says he's raised lots of money--but most importantly he will never give up on his dreams.

Get the news you need: Sign up for the FOX 35 Newsletter

If you want to learn more about this runner, you can visit his website HERE. 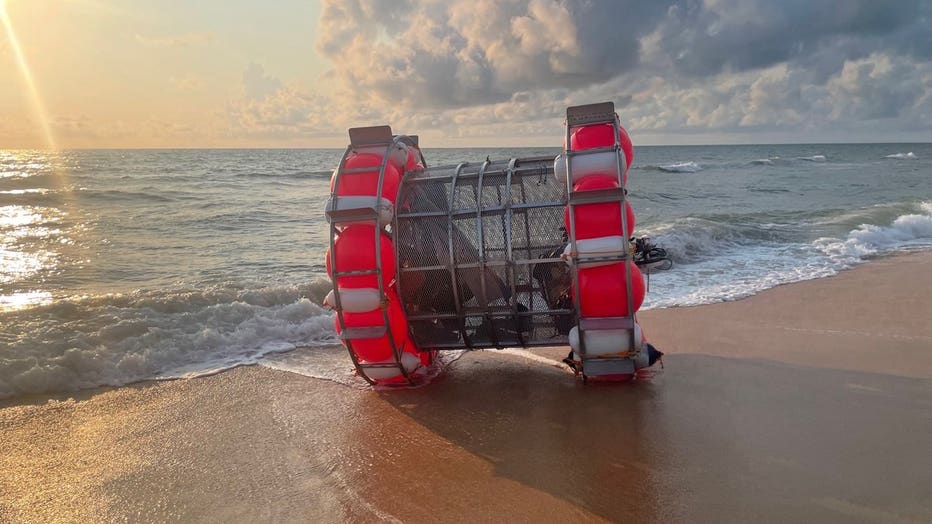