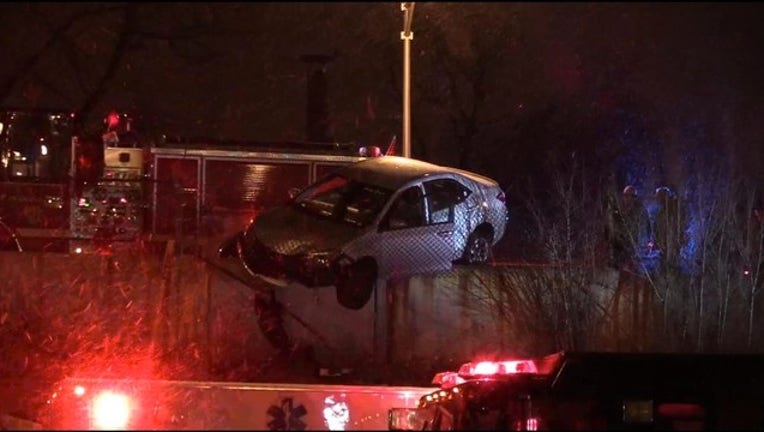 CHICAGO (STMW) - A man was shot and critically wounded late Wednesday in the Morgan Park neighborhood on the Far South Side.

The 26-year-old was sitting in the driver’s seat of a car at a red light in the 11400 block of South Ashland at 11:45 p.m. when a light-colored car pulled up alongside it and someone inside fired at him, according to Chicago Police.

He was shot in the back and taken to Advocate Christ Medical Center in Oak Lawn in critical condition, police said.

A car with a bullet hole in its side could be seen hanging off the embankment over I-57 near 115th and Ashland after the shooting.