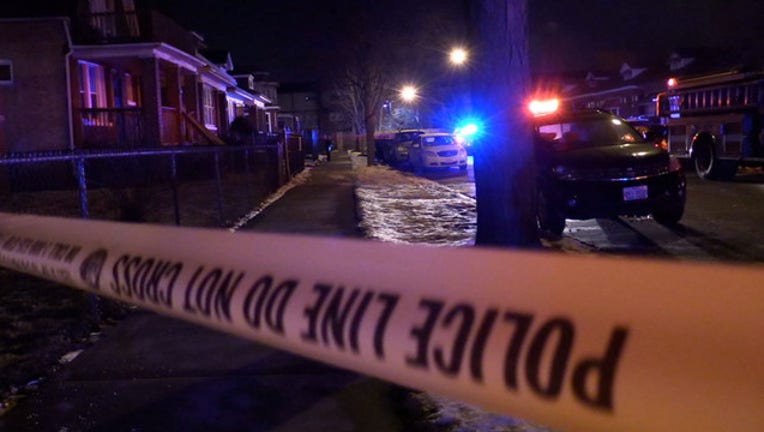 Streets were block off at a police-involved shooting Saturday morning in the 7700 block of Ada. | Justin Jackson/ Sun-Times

CHICAGO (Sun-Times Media Wire) - Chicago Police officers shot and seriously wounded a man who was attacking a woman inside a Gresham neighborhood home Saturday morning on the South Side, according to police.

Officers witnessed the attack after being called to a domestic disturbance about 5:30 a.m. in the 7600 block of South Ada, police said.

The officers then shot the man multiple times, Sgt. Rocco Alioto said. He was taken to a hospital in serious condition.

The officers will be placed on administrative duty for 30 days per CPD policy. The Civilian Office of Police Accountability is investigating the use of force.