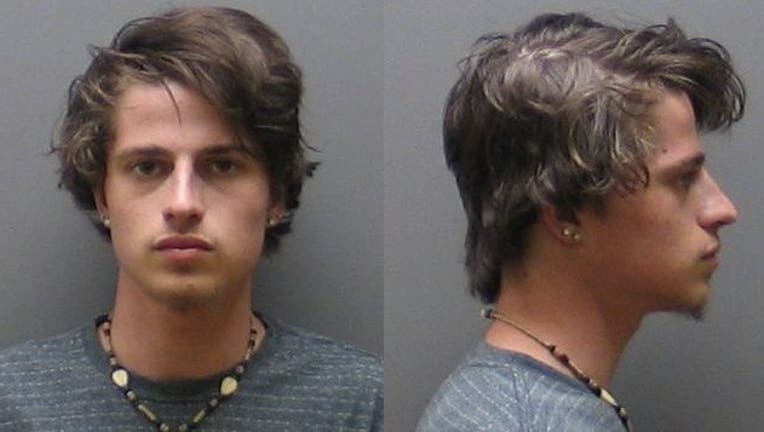 ST. CHARLES, Ill. - A man shot by police last year in west suburban St. Charles has been sentenced to probation and mental health treatment for making a false 911 call and pointing a BB gun at officers.

Christopher C. Kemble Jr., 21, pleaded guilty Thursday to a felony count of aggravated assault of a peace officer, according to a statement from the Kane County state’s attorney’s office. Judge Kathryn D. Karayannis accepted the plea and sentenced him to 2 1/2 years of probation.

In addition to the probation, he will be required to wear an alcohol-monitoring device, continue mental health treatment and undergo a psychological evaluation, prosecutors said.

Kemble called 911 on April 26, 2018, and claimed that a person with a gun had broken into his home, the state’s attorney’s office said.

Shortly after the initial call, another person called police to report Kemble had taken his father’s gun and might be suicidal, St. Charles police and prosecutors said. Officers met Kemble outside the home in the 3400 block of Voltaire Lane. He pulled what appeared to be a handgun from behind his back and racked the slide.

Three officers at the scene fired at Kemble when he pointed the gun at them, prosecutors said. Kemble was wounded in the shooting and taken to a hospital for treatment.

Kemble’s gun was later determined to be a BB gun, prosecutors said. After the incident, police said investigators learned Kemble had made comments to friends about wanting to kill himself or be killed by officers.

The state’s attorney’s office reviewed the officers’ use of force and ruled the shooting justified in November 2018.