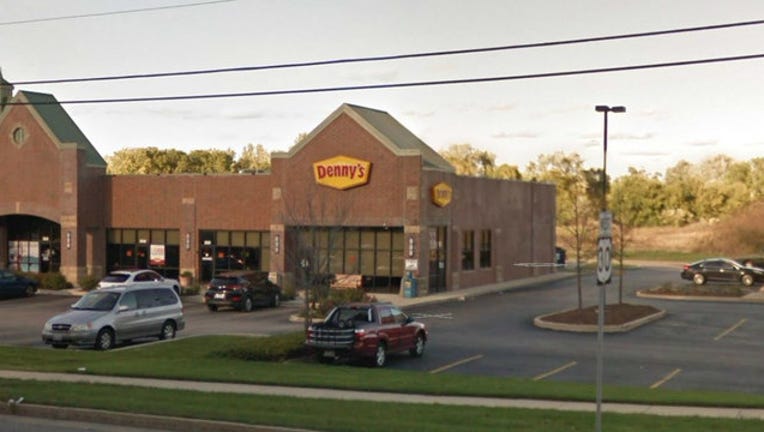 JOLIET, Ill. (Sun-Times Media Wire) - Charges have been filed against two people wanted in connection with the fatal shooting of a man in a Denny’s parking lot last week in southwest suburban Joliet.

Bobbie J. Ollom, 23, and Joshua T. Anderson, 20, were both arrested on warrants for first-degree murder, armed robbery and robbery for the April 30 shooting of Gregory G. Brown Jr., according to a statement from Joliet police.

Anderson is a Chicago resident, while Ollom lives in Seneca, police said.

Officers were called about 10 p.m. for reports of an unresponsive person and found 36-year-old Brown in the parking lot of the restaurant, 2531 Plainfield Road, police and the Will County coroner’s office said.

First responders attempted to revive Brown Jr., of Crest Hill, but he was pronounced dead at the scene, authorities said.

Police released a video last week showing Brown with a woman, described as a “person of interest,” inside the restaurant’s lobby shortly before the shooting.