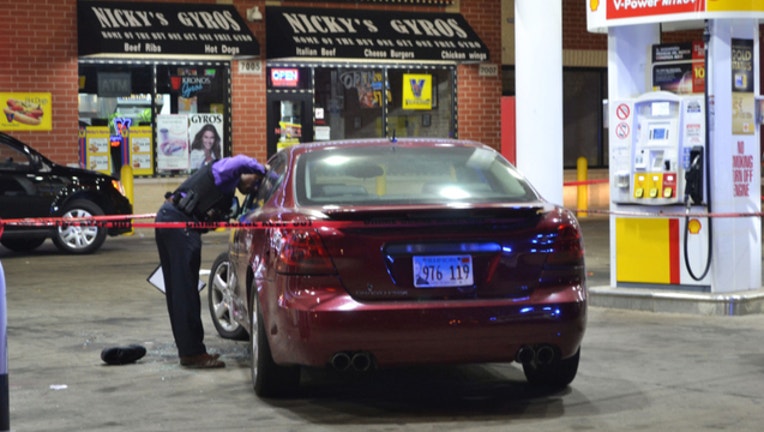 SUN TIMES MEDIA WIRE - A man was fatally shot Friday night in the Grand Crossing neighborhood on the South Side, police said.

About 11:20 p.m., the 22-year-old man was sitting in his car in 1400 block of East 67th Place when someone approached him and opened fire, according to Chicago Police.

The man was shot multiple times and then drove himself to a gas station several blocks away at 7001 S. Stony Island Avenue, where someone called an ambulance, police said. He was taken to the University of Chicago Medical Center, where he died.

An hour after the shooting, officers taped off an area around the man’s car at the gas station. One of the windows had multiple bullet holes. The driver’s side window was completely shattered.