You've heard of surfing on water, but what about on top of a CTA subway train?

CHICAGO - You've heard of surfing on water, but what about on top of a CTA subway train?

A man was spotted pulling off the dangerous stunt, and FOX 32’s Tia Ewing spoke to the man who captured the photos.

Brenden Lemon captured the man hitching a ride on top of a train at the Belmont stop. In the photos, you can see a platform camera monitored by CTA.

The unbelievable pictures Lemon caught were captured while he waited at the stop on Sunday.

"The Brown Line pulled in and that's when I looked up and saw something on top of the train,” said Lemon.

The man riding on top of the train car thought it was a joke, too. 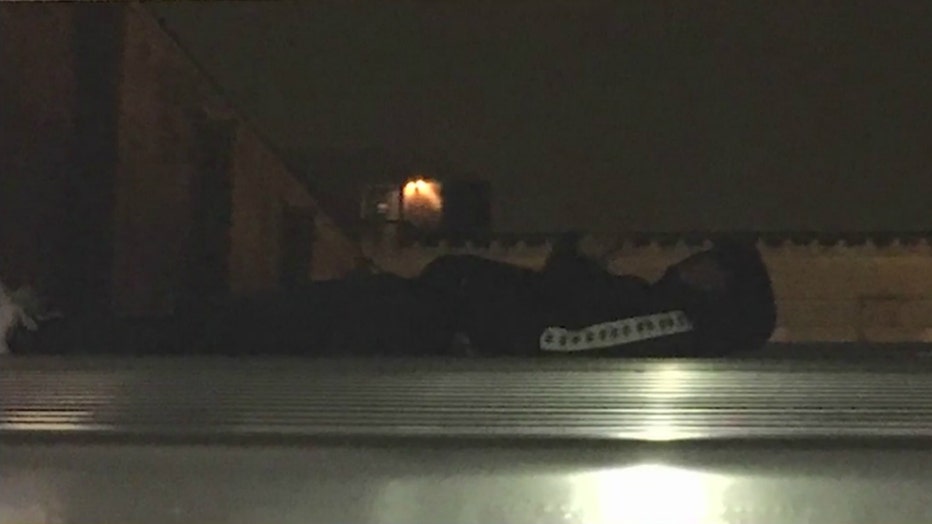 "I recognize that this is a person, the man leans over and gives me a thumbs up,” said Lemon.

In a closer image, you can see the man's thumb up in the air.

Lemon has taken public transportation since moving to Chicago in 2014. He says he tweeted the pictures to the CTA.

“I heard him laughing, I had to get a picture and [thought] no one is going to believe me,” said Lemon.

The CTA does encourage riders to call 911 if they see something dangerous.

FOX 32 has contacted CTA for a response to this story and they said they may not have one.