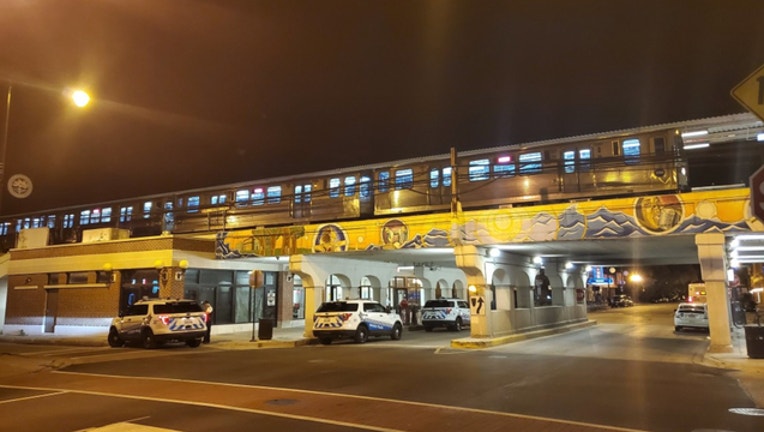 CHICAGO (SUN TIMES MEDIA WIRE) - A man boarded a Red Line train Tuesday after he was stabbed in Rogers Park near the Howard station.

The 54-year-old was on the street about 1:25 a.m. in the 7600 block of North Paulina when he was stabbed in the chest by an unknown attacker, Chicago police said.

The man then boarded a southbound Red Line train at Howard and rode it for two stops before he was found at the Morse station, police said. He was taken to St. Francis Hospital in critical condition.

Southbound Red Line trains began bypassing the Jarvis, Morse and Loyola stations about 1:50 a.m., the CTA said. A shuttle bus is operating between Howard and Granville.