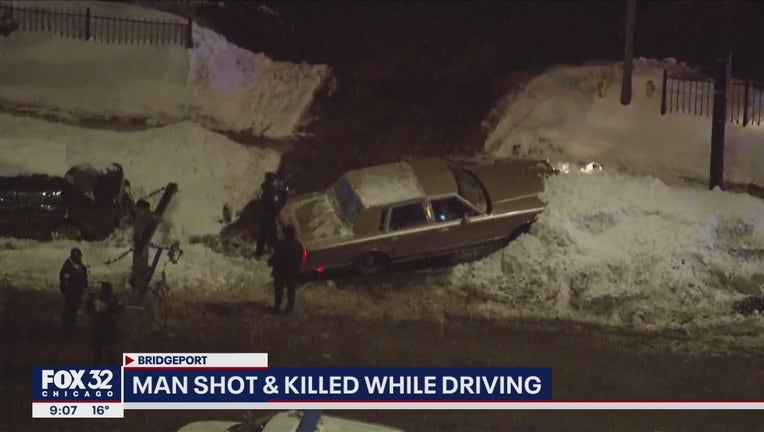 CHICAGO - A 68-year-old man died after he was hit by a stray bullet Tuesday evening in Bridgeport on the South Side.

He was driving east about 6 p.m. in the 800 block of West 31st Street when someone fired shots and gunfire went through the back window of his vehicle, striking him in the head, Chicago police said.

The man’s vehicle then crashed into a snowbank, police said. He was transported to Stroger Hospital, where he died. He was identified as Alva Besst by the Cook County medical examiner’s office.

He was not the intended target of the shooting, according to police. No one was in custody.

"I am saddened by yet another instance of gun violence in our community. The shooting that occurred yesterday evening on West 31st Street is tragic for the family of the victim," Thompson said on Facebook.

"I want to express my heartfelt condolences to the victim’s family and friends. I want to thank the many neighbors who have been cooperating with the police during this investigation. We are thankful to all who are aiding in this search and standing together against this lawlessness. The Chicago Police Department is working tirelessly to find the perpetrators and bring them to justice."