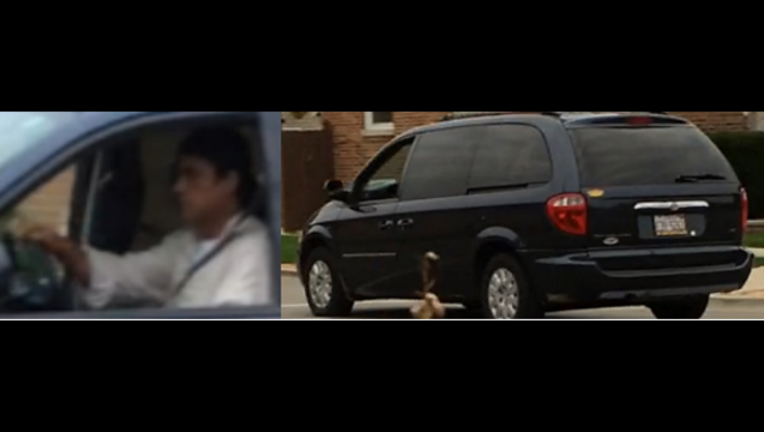 Photos of the man who attempted to lure a 15-year-old boy in the West Lawn neighborhood Monday, and the car he drove. | Chicago Police Department

CHICAGO (STMW) - Police are warning residents of a man who tried to lure a boy into his minivan Monday in the West Lawn neighborhood on the South Side.

A 15-year-old boy was sitting on a curb waiting for the bus in the 6900 block of South Lawndale Avenue at 7:40 a.m. when an unknown man pulled up and asked the boy if he needed a ride, police said.

The boy stood up, but the driver said, “Never mind,” and drove away south on Lawndale, police said.

The driver is described as a Hispanic man 35-45 with black hair. He was seen wearing a white shirt and black skull hat, police said.

He was driving a blue Chrysler minivan, which was missing trim along the bottom of the driver-side sliding door. The rear license plate has a frame with yellow lettering and the words “Six Day Auto Sales,” police said.