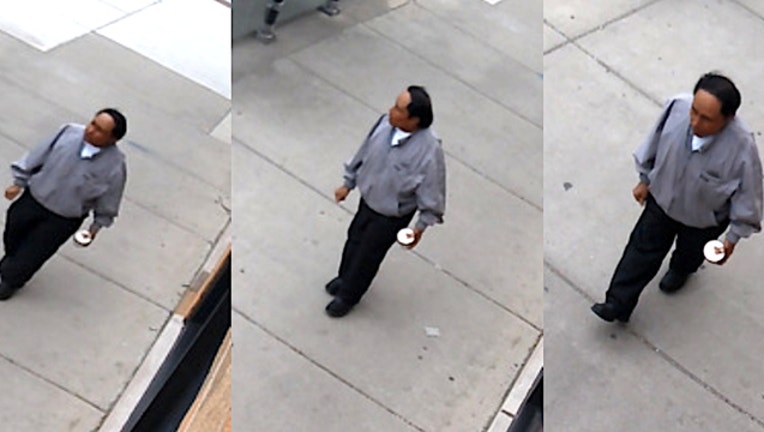 Police say this man tried to abduct a girl June 3 in the 4800 block of West Fullerton Avenue. | Chicago police

CHICAGO (SUN TIMES MEDIA WIRE) - Police are searching for a man wanted for attempted kidnapping in Belmont Cragin on the Northwest Side.

A girl was walking to school on June 3 when the man approached her in the 4800 block of West Fullerton Avenue, Chicago police said.

He followed her and tried to convince her to come to his home, police said. She managed to escape and alert authorities.

Police said the man was between 40 and 50 years old, standing about 5-feet-1-inches tall with partially gray hair. He continued to walk into the 5000 block of West Fullerton, police said.