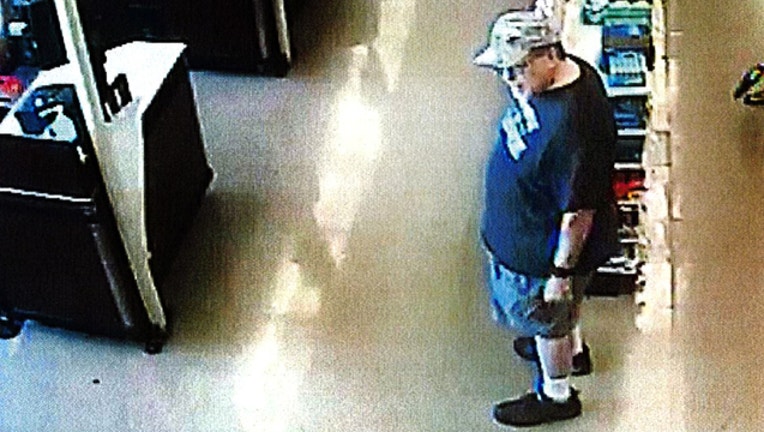 This man is wanted by police are beating someone at a Palos Park Jewel-Osco on July 31, 2019. | Palos Park police

SUN TIMES MEDIA WIRE - Police in the southwest suburbs are searching for a man who allegedly punched someone to the ground during an argument over a parking spot at a Palos Park grocery store.

The alleged beating happened about 11 a.m. Wednesday at the entrance of the Jewel-Osco in the 9600 block of West 131st Street, Palos Park police said in a statement.

The pair had an issue in the lot over a parking spot about 11 a.m. when the suspect punched the other person several times, knocking them to the ground, Palos Park Police Chief Joe Miller said. He left the area before officers arrived.

The person knocked to the ground declined to go to a hospital, Miller said.