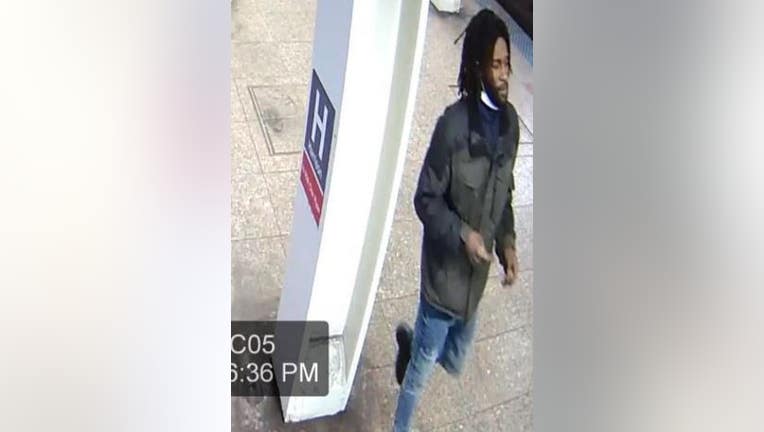 CHICAGO - Chicago police are trying to identify a man who is accused of punching a CTA rider in the face after attempting to take his cellphone.

The man approached a CTA passenger at the Harrison Red Line platform around 6 p.m. Thursday and tried to take the cellphone from his hands, police said.

The man then punched the rider twice in the face before the passenger fled the area, according to a CPD alert.

The CTA announced Friday it will be deploying security guards to combat an uptick in crime on the rail system.