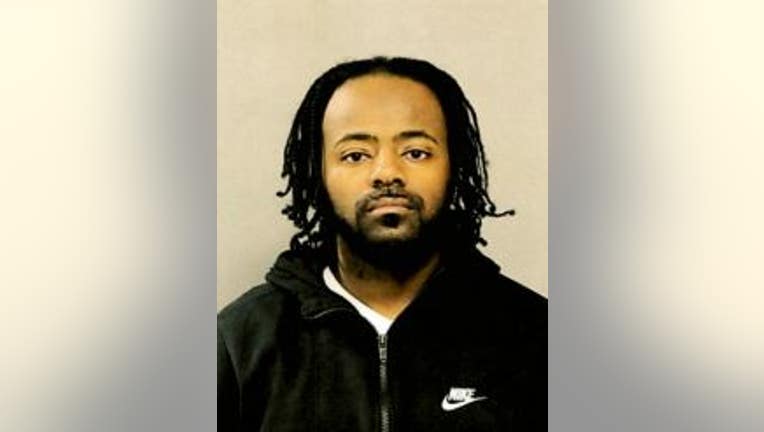 RIVERDALE, Ill. - A man is wanted by the FBI after he allegedly shot and killed his girlfriend and her brother, and then led cops in a chase through Riverdale.

Clarence Hebron may have fled to Minnesota or Michigan after the Nov. 27 murder in the south suburb, according to the FBI’s Chicago field office.

After the murders, he allegedly abducted his 1-year-old son, but the child has since been found, the FBI said.

On Nov. 27, officers responded to a 911 call at a home in the 14200 block of South Tracy Avenue and found two victims, Riverdale police said in a statement.

Damian E. Beal, 27, was found outside the home with a gunshot, police said. He died later at Christ Medical Center in Oak Lawn.

Jessica A. Beal, 26, was found with a gunshot wound inside the home, and she was pronounced dead on the scene, police said.

Autopsy results revealed they each died of a gunshot wound to the chest, according to the Cook County medical examiner’s office.

A Riverdale police officer saw Hebron in a vehicle leaving the home and tried to pursue him, but officers lost track of him near I-57 and 127th Street in Calumet Park, police said. Hebron’s car was later found abandoned.

The Cook County state’s attorney’s office has issued a warrant for his arrest on two counts of first degree murder, police said.

The public can report tips to the FBI, which is offering a reward, at 312-421-6700 or anonymously online at tips.fbi.gov.