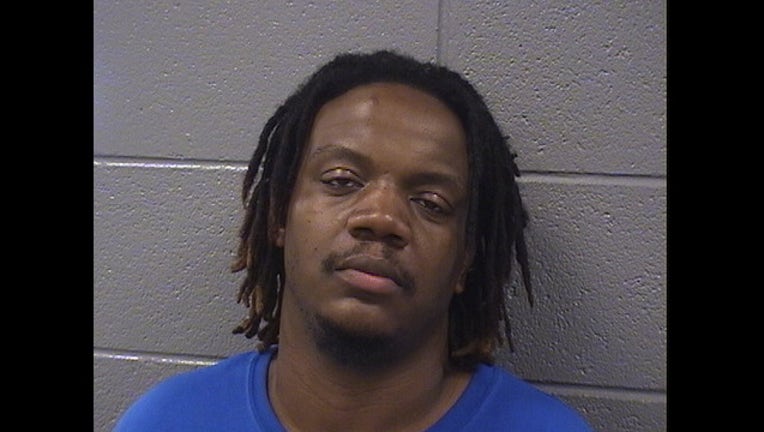 CHICAGO (Sun-Times Media Wire) - A felon already in jail for allegedly sexually abusing a Lincoln Park jogger has been charged with raping a woman he met on a social networking website two years ago, the Chicago Sun-Times is reporting.

The pair ended up walking to a Brown Line train station and got into a train.

Reliford eventually exited the train, but the woman stayed on.

A few days later, Reliford called the woman over to his apartment, in the first block of West Division Division, Salas-Wail said at Reliford’s bond hearing on Friday.

The woman agreed but only to tell Reliford that she didn’t want him to contact her anymore, Salas-Wail said.

When she tried to leave, Reliford allegedly blocked the woman from going and threw her on the bed.

The woman called police after she left Reliford’s apartment. She was taken to a local hospital where a rape kit was taken.

Earlier this month, police were notified that there was a hit on the Combined DNA Index System matching Reliford’s DNA.

The victim identified Reliford, who is currently in jail on $250,000 bail for a 2015 incident involving another woman.

In that case, Reliford is accused of threatening a jogger in Lincoln Park with a BB gun before groping and kissing her.

That victim begged him to stop, and was able to defuse the situation by asking him if they could just hold hands and walk instead.

She led Reliford to her high-rise, where she immediately told security, who called police, prosecutors said at the time.

Before she went inside, Reliford asked allegedly if they could stay in touch and kissed her again.

Reliford has a history of felony convictions dating back to 2002 for attempted armed robbery, possession of a stolen motor vehicle, deceptive practices and residential burglary, according to prosecutors.