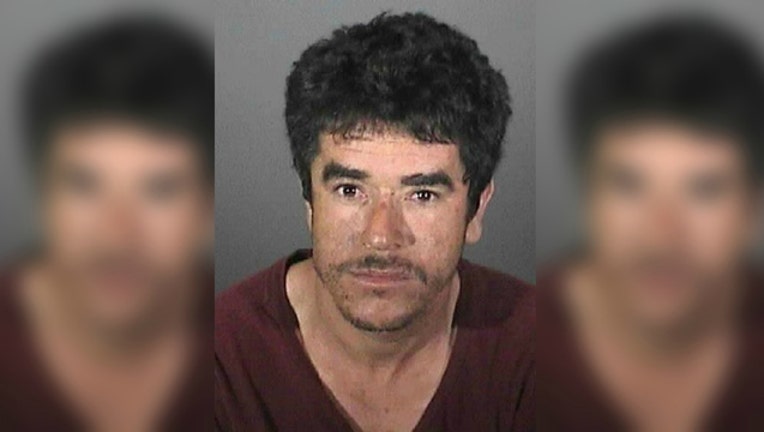 LOS ANGELES (AP) -- Officials say a man accused of attacking his wife with a chain saw in front of their children at their Los Angeles-area home had been deported from the U.S. 11 times.

Alvarez-Villegas was arrested on Thursday in a stolen vehicle in Chula Vista, a few miles from the Mexican border.

Police said Alvarez-Villegas is suspected of attacking his wife at their Whittier home, leaving her covered in blood. She is expected to recover.

It was not immediately clear if Alvarez-Villegas had an attorney to comment on the allegations.

Haley says federal immigration officials have lodged a detainer against Alvarez-Villegas, asking local officials to notify them before he is released.

Alvarez-Villegas has been in and out of the U.S. since 2005.