"I probably haven't had a lot of good, Christian thoughts about him, because he almost made my wife a widow and my three children fatherless," McCarthy said.

He went on to become a suburban police chief. Now, the man who shot him is going free.

McCarthy retired in May and says he is now a part-time security consultant. He shared with FOX 32 his biggest disappointment at learning the man who shot him will now be released from any law enforcement supervision.

"I don't think I’ve heard from the Department of Justice in 30 years or more," McCarthy said. "I hope they're right doing what they're doing and releasing him, but I guess I would have liked to have been consulted somewhere along the way to at least tell me why they are doing what they are doing."

Hinckley is now 66-years-old, having lived in Williamsburg, Virginia for the past five years, where his travel has been limited and he has been required to check in regularly with federal officers. 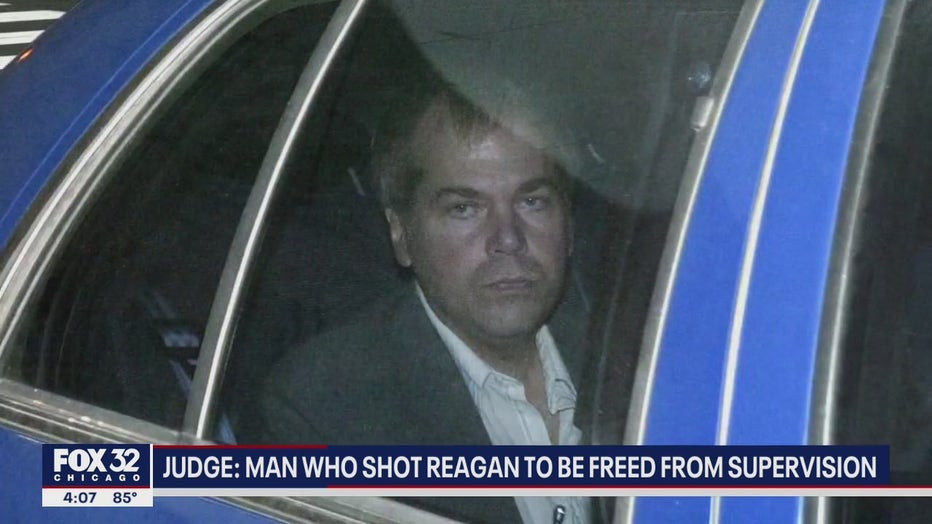 However, a judge recently ruled that beginning next year, Hinckley will no longer be subject to such supervision. He will not be allowed to possess a firearm.

On that day in 1981, Hinckley shot, in addition to McCarthy, President Reagan, DC Policeman Thomas Delehanty and White House Press Secretary Jim Brady — a downstate Illinoisan who later died of his injuries.