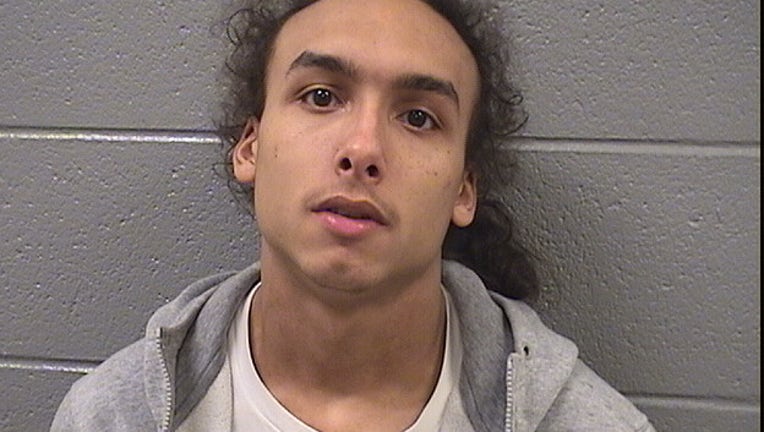 CHICAGO - A man who once bragged on Facebook that his gun “had bodies on it” after allegedly gunning down someone on the West Side has been indicted in a new murder case, prosecutors say.

Julius Thomas III, 20, was indicted last week in the Feb. 2 slaying of Andres Damian-Salgado, 19, in suburban Elmwood Park, according to the Cook County state’s attorney’s office.

He is already being held without bail in Cook County Jail in connection to the March 2 fatal shooting of 33-year-old Diviris Garfeed in the 1000 block of North Springfield Avenue.

After that shooting, Thomas allegedly claimed on Facebook Live — while trying to sell the weapon — that he had put two bodies on the gun, saying “that’s what he does with his pipes,” prosecutors said during his initial court appearance.

Prosecutors said a Chicago detective immediately recognized the vehicle in a surveillance photo of the West Side shooting as the one used in an earlier homicide in Elmwood Park, prosecutors said. That vehicle was allegedly registered to Thomas.

Thomas’ new indictment charges him with murder in the Elmwood Park homicide.

As a group gathered to play video games about 5:47 a.m., someone shot Damian-Salgado multiple times outside a home in the 2800 block of North 77th Avenue, Elmwood Park Police Chief Frank Fagiano said at the time.

Thomas’ arraignment is set for May 5, prosecutors said.