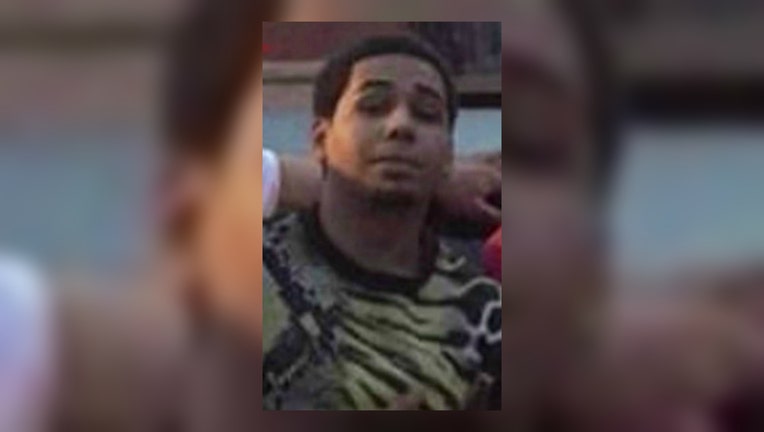 CHICAGO - A man is dead after being shot at a Southeast side Subway. Chicago police point to gang warfare as the cause. They say the victim was targeted because he attended a vigil for a guy who was murdered a week ago.

Frank Corona was shot inside the fast food restaurant at the corner of 106th and Avenue B around 2am. Chicago police say five to six men walked in and began to argue with the 22 year old. Then someone shot him.

A woman who works nearby said she was so frightened by the attack, she didn’t want to be seen on camera. Off-camera she told FOX 32, “Recently it’s been a lot like, you know, gunshots, robbing. It was good for three months and it’s been bad suddenly. So, it’s making me feel scared that I don’t want to be around here no more,”  she said.

The shooting happened in the East Side neighborhood, but it comes as Chicago police say gang warfare has been heating up, especially on the west side where a murder happened last weekend. Corona was at a vigil for that person and police believe that’s why the offenders shot him when they spotted him at Subway.

Martha Zapata and her daughter stopped for a bite to eat at Subway on Sunday afternoon, but found it closed for the day and cleanup crews inside. They were shocked to hear about the shooting and would like to see a heavier police presence in the neighborhood.

“More security, you think more security is needed? Yea, I mean even just a little more police presence would be nice because I know even in my neighborhood, when we see the cops driving around, there’s less likely something to happen,” said Ada Calderwood and Martha Zapata.

Subway has cameras outside of it, and that footage could help police. Investigators used video from the store last month when a driver accidentally crashed right into that same Subway.