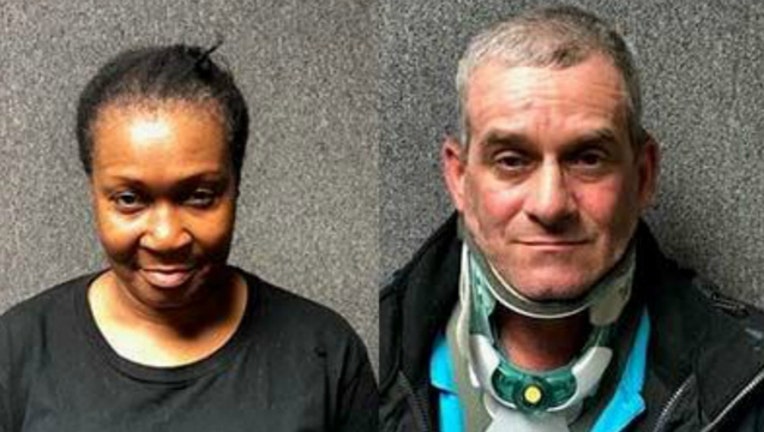 WHEATON (Sun-Times Media Wire) - A married couple has been charged with stealing money they had apparently collected for a nonprofit to help veterans and using it for personal expenses.

Todd Olshefski, 50, and his wife, 60-year-old Priscilla Olshefski, are each charged with a felony count of unlawful use of charitable funds, according to a statement from the DuPage County state’s attorney’s office.

The couple was arrested about 2 p.m. Thursday at the SureStay Plus Hotel, 222 E. 22nd St. in Lombard, according to a statement from Wheaton police.

“What Todd and Priscilla Olshefski are accused of doing is absolutely deplorable,” DuPage County State’s Attorney Robert Berlin said in a statement. “The residents of DuPage County have shown time and time again their generous spirit and it is certainly a shame when people take advantage of that spirit for their own personal gain, as alleged in this case.”

The arrests stemmed from a 10-month investigation into the “Veteran’s Christian Network,” which the Olshefskis had created as a not-for-profit organization claiming to raise money for veterans, prosecutors said.

Wheaton police, the state’s attorney’s office and the Illinois Attorney General’s office started the investigation after receiving “numerous complaints in reference to aggressive soliciting tactics, intimidation, and concerns surrounding the legitimacy of VCN as a not-for-profit organization,” police said in a statement.

Todd and Priscilla Olshefski are accused of using the money they raised for VCN on rent, car payments, insurance and veterinary bills for their dog, prosecutors said.

Judge George Bakalis set their bail at $10,000 each, according to the state’s attorney’s office. Their next court date was set for May 22.