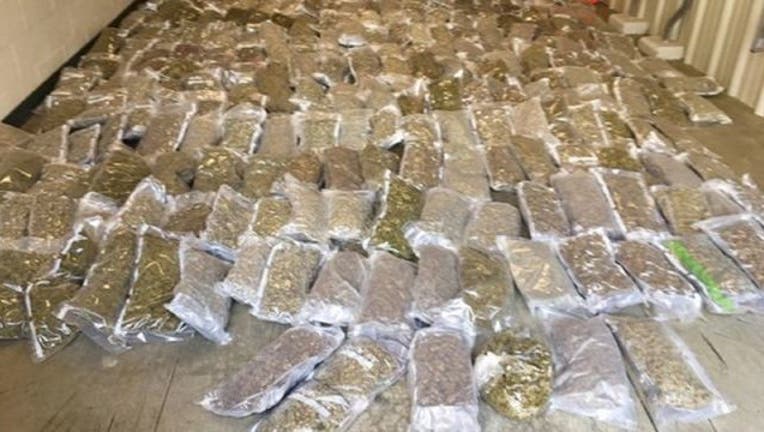 A million dollars' worth of marijuana was hidden inside fresh lettuce in a tractor-trailer, investigators said. (Indiana State Police)

FOX NEWS - Police inspecting a tractor-trailer in Indiana made a stunning find last week: a million dollars' worth of marijuana hidden inside fresh lettuce, officers said.

State troopers offered details about the Wednesday incident in a news release.

“This morning at 7:32, a tractor-trailer traveling eastbound on Interstate 70 was stopped for a routine commercial vehicle inspection near the 41 mile marker,” they shared.

State police said a trooper spotted “several criminator indicators” when the search was going on.

“A search of the trailer yielded 260 pounds of hydroponic marijuana concealed within the legitimate load of fresh lettuce,” they noted, explaining that comes to an estimated value of $1 million on the street.