The fire broke out at a vacant commercial structure in the 2100 block of N. Lugo Avenue around 6:40 a.m. The 20,000 square foot building was built in 1950 and was once the Stardust Skating Center, a roller rink in the city. 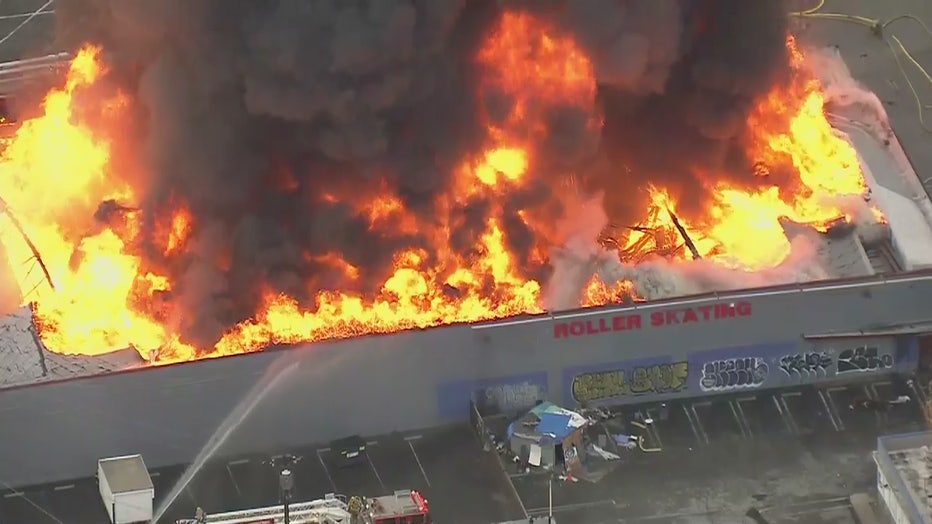 The raging fire sent a huge column of smoke into the air, that was visible for miles over the city, as seen in aerial footage from SkyFOX. 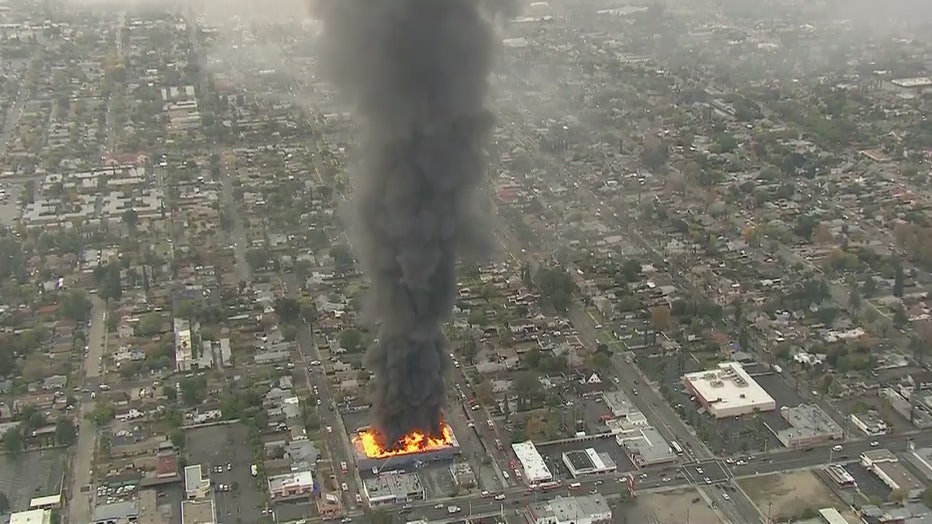 The fire was knocked down shortly before 9 a.m. as crews continued to put out its hotspots.

The building sustained heavy damage, according to fire officials. 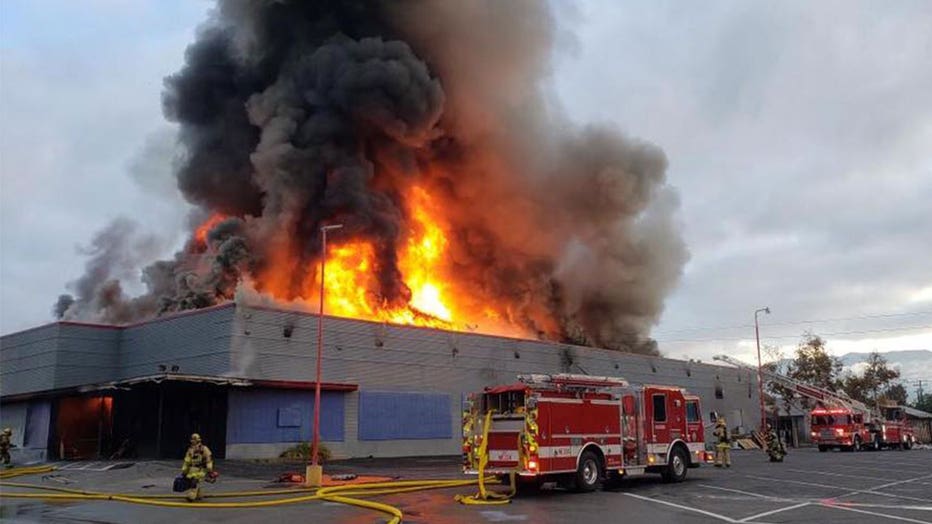 One firefighter received a minor injury and was transported to an area hospital for treatment. No other injuries were reported.