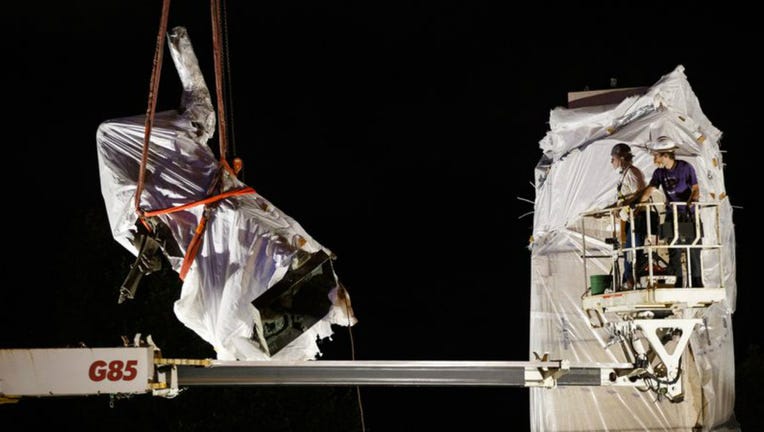 CHICAGO - Chicago Mayor Lori Lightfoot on Wednesday announced the formation of a committee to review the city’s monuments three weeks after ordering the removal of three statues honoring Christopher Columbus.

In announcing the committee, Lightfoot said her administration will also commission temporary public artworks that will focus on a range of topics around COVID-19, inequality and racial reconciliation.

The 20-person panel announced by the mayor will catalog monuments and art on public land to determine which warrant attention, recommend new monuments or public art and prompt a dialogue about Chicago’s past.

“This effort is not just about a single statue or mural, but how we create a platform to channel our city’s dynamic civic energy to purposefully reflect our values as Chicagoans and uplift the stories of our city’s residents, particularly when it comes to the permanent memorialization of our history and shared heritage,” Lightfoot said in a statement.

Lightfoot last month ordered the removal of three statues of Columbus following violent protests at one statue in Grant Park and the painting of graffiti at another in the Little Italy neighborhood. The third statue had gone untouched. She has said the removals are temporary and intended to end their targeting by demonstrators.

Officials of cities around the country are evaluating statues of Columbus and others because of those being honored are known to be linked to causes, like slavery, that are frowned on today. Although the memory of Columbus is prized by Italian-Americans and others, he has been condemned in recent years for the mistreatment of Indigenous people after he landed in the Americas in 1492.

Activists have urged the creation of public art that does a better job of representing a broader spectrum of American life. Lightfoot said her effort will develop a framework “for marking public space that elevates new ways to memorialize Chicago’s true and complete history.”