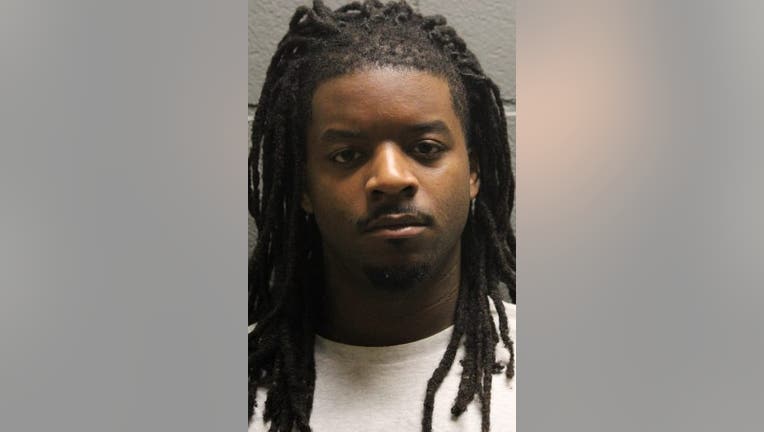 MAYWOOD, Ill - A 26-year-old man was arrested in Maywood in connection to a triple stabbing at a Las Vegas, Nevada, hotel, according to a news release from the Cook County Sheriff's office.

Bradley Pitts was taken into custody on Wednesday in the 800 block of South 19th Avenue in Maywood, the release states.

Las Vegas Metropolitan Police identified Pitts as the person who stabbed a man and two women on Jan. 9, in the parking lot of the MGM Grand Hotel. On Jan. 10, a Clark County, Nevada, court issued a no-bond arrest warrant for Pitts for three counts of battery with use of a deadly weapon resulting in substantial bodily harm, the release states.

On Jan. 24, Sheriff’s Police Street Crimes Suppression Unit (SCSU) officers conducted a traffic stop on a blue Jaguar in the 5100 block of West Madison Avenue in Chicago. The driver, later identified as Pitts, handed his license to the officers, and then fled the scene, the release states.

SCSU investigators learned he was wanted for the Las Vegas stabbings. A Cook County warrant was also issued for Pitts for fleeing and attempting to elude police, according to the release.

SCSU investigators contacted the Cook County Sheriff’s Fugitive Apprehension/US Marshals Great Lakes Regional Fugitive Task Force for assistance in locating Pitts. The unit discovered that he was staying in the 800 block of South 19th Avenue in Maywood, the release states.

Pitts appeared on March 17 at the Maywood Courthouse on the Cook County warrant, where he was ordered to be held on a $25,000 bond, according to the release.

He is scheduled to appear Friday at the George N. Leighton Criminal Court Building for an extradition hearing.

The public is reminded that the defendant is presumed innocent until proven guilty by the government in a court of law.