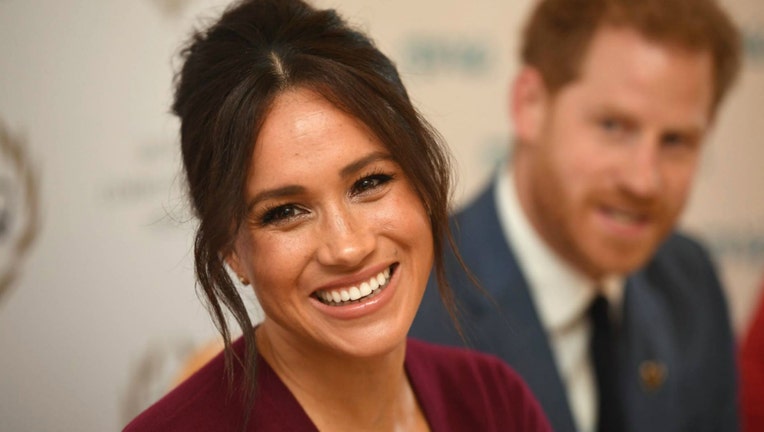 Meghan Markle recently baked a sweet treat to thank World Central Kitchen (WCK) volunteers in Chicago, and the sincere note sent along was the icing on the cake.

In expanding their charitable foundation Archewell, the Duke and Duchess of Sussex have partnered with WCK, the nonprofit run by celebrity chef José Andrés to feed those in need during times of crisis. The groups are currently collaborating to build community relief centers around the world, focusing first on the Caribbean island of Dominica and Puerto Rico.

Stateside, Markle recently gave back to the good cause on a smaller scale by baking a cake for WCK volunteers in the Windy City, putting in heart with a homegrown ingredient.

"In honor of #WomensHistoryMonth, WCK worked with Archewell, the non-profit created by The Duke and Duchess of Sussex, to provide meals and share a message of appreciation and support in Chicago," the nonprofit tweeted last week, sharing a photo of four women with the powdered cake. "Dessert was a lemon olive oil cake baked by The Duchess — with lemons from her garden!"

According to Today, the Sussex’s sent a note with a cake that read as follows:

"We hope you enjoy the offering we baked for you — a small token of thanks, from our home to yours. Our hope with this effort is to show that, when we all participate, even the smallest actions can have a ripple effect," the message reportedly read. "Even individual actions can impact the whole of us."

"In breaking bread, in connecting in a safe way today, you’re signaling that you hear each other, see each other, and will be there for each other," it allegedly continued. "Sometimes we overlook how much it matters to express thanks and show appreciation. Perhaps we realize now more than ever that fundamental human moments, like enjoying a meal together, fill us up with more than just food (even if that food is delicious!)."

"To that point, we hope you enjoy the offering we baked for you — our small token of thanks, from our home to yours."

No stranger to cooking up change in the kitchen, Markle released a charity cookbook with the women of Hubb Community Kitchen in London for her first solo project as a working member of the royal family. The Duchess has also previously spoken about volunteering at soup kitchens on Skid Row in Los Angeles as a teen and in Toronto, Canada while filming "Suits."