Shots fired at police leads to chase ending on North Side: reports

Shots fired at Chicago police resulted in a chase Tuesday night and ended in a crash at Western and Montrose on the North Side, according to reports.

CHICAGO - Two men are facing felony charges after allegedly wounding a man in a drive-by in Logan Square and leading police on a pursuit that ended in a crash Tuesday in Ravenswood.

Josue Becerra, 24, is charged with attempted murder, aggravated battery, aggravated assault and unlawful use of a weapon, Chicago police said.

Marcial Arriaga, 26, is charged with one count of aggravated fleeing and was issued five citations for traffic violations, police said.

The pair were traveling in a car about 8:35 p.m. in the 3300 block of West Armitage Avenue when Becerra allegedly fired shots, striking a 43-year-old man in the torso, police said.

Arriaga drove off, and shots were fired at police during the pursuit, police said. 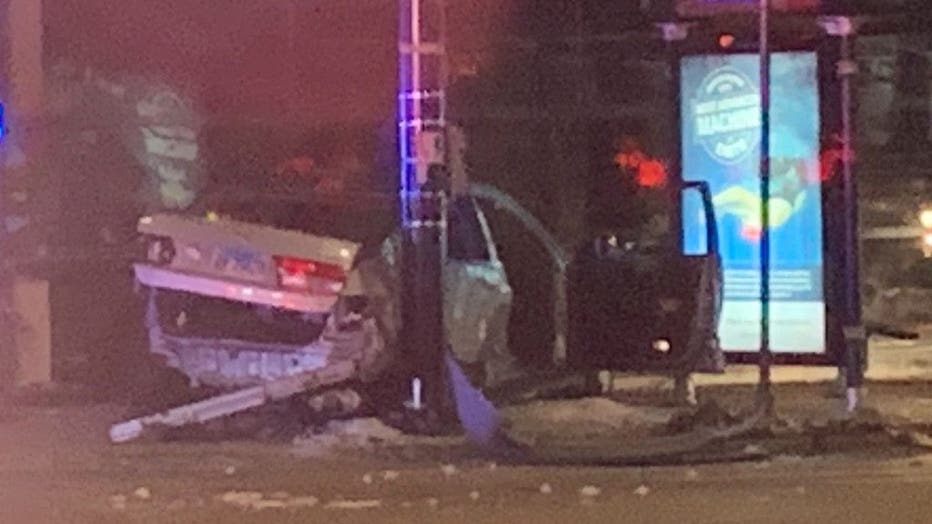 A vehicle crashed in Ravenswood after a police chase stemming from a shooting Tuesday, Jan. 21, 2020. | Sam Kelly/Sun-Times

Becerra and Arriaga were taken into custody after the car crashed in the 4400 block of North Western Avenue, police said. A handgun was recovered at the scene.

Beccera was taken to Illinois Masonic Medical Center in serious condition, Chicago fire officials said. Police did not provide a photo of Beccera because he was hospitalized at the time of his arrest.

Both men were release after posting bail, according to Cook County court records. They are due back in court Jan. 27.