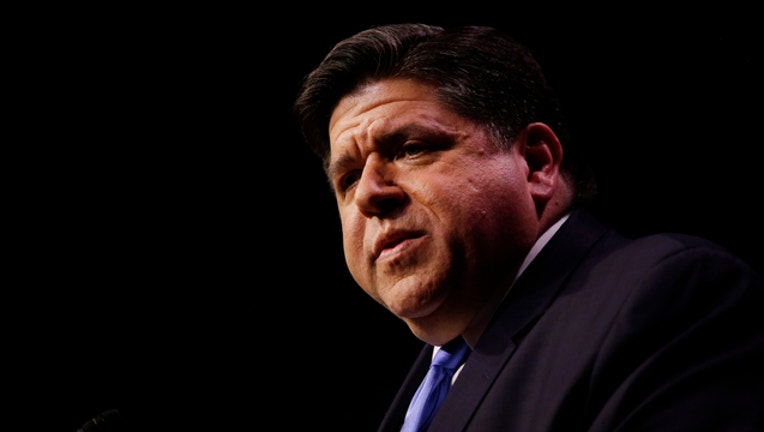 SPRINGFIELD, Ill. - Illinois could lighten its property tax burden by consolidating governmental taxing districts, standardizing property-value assessments, tightening up the appeals process and reining in breaks on commercial redevelopments, according to a draft report obtained Tuesday by The Associated Press.

The unpublished report, required by state law signed last summer by Democratic Gov. J.B. Pritzker, found that Illinois hauls in $30 billion a year, or 38% of the total taxes collected, from a system put in place when the state was founded on its agricultural economy. Now it's best known as the nation's next-to-costliest, behind New Jersey .

“Where an owner’s land value was once a reasonable proxy for the land owner’s ability to generate income to pay taxes, today most jobs and most household income are removed from any direct connection with the land,” the report said. “... Families are constantly questioning whether they are able to afford the property taxes and stay in their homes."

It's at least he fifth report of its kind since 1982. But task force co-chairwoman Mary Flowers, a Democrat who has served in the House since 1985, said the difference this time is, “The people of the state of Illinois have said, ‘Enough is enough.’

The report prominently targets the state's Byzantine government hierarchy, with nearly 7,000 taxing bodies, from the local school board to the mosquito abatement district. Consolidation - a term anathema to residents of the Prairie State for much of its history - would reduce the costs of administering those governments and streamline tax collection, the report said.

The task force also said assessors charged with determining the “fair cash value” of property should be given adequate and standardized tools. In many instances, inaccurate assessments mean some taxpayers pay more than they should and lower-value property owners subsidize taxes in wealthier neighborhoods.

Income-producing properties, which change hands much more infrequently than homes, where sales data can be utilized in assessments, poses another problem. The task force recommended that building owners submit the income and expense data for their business properties to give assessors more accurate information.

More accurate assessments at the front end should reduce the staggering number of assessment appeals. But the report said higher standards should apply to appeals. Outside data, it said, have indicated that appeals often result in much greater reductions for high-value properties than lower-valued ones, relative to cash value.

And the report takes aim at tax increment financing districts, or TIFs, imposed in supposed “blighted” areas to encourage redevelopment. Whatever increase in property value results from redevelopment goes back into the project for a set period. The task force recommends reducing TIF lifespans from 23 to as little as ten years and applying a stricter definition to “blight.”

The task force came about after pressure by lawmakers skeptical of Pritzker's plan to ask voters this fall whether to adopt a graduated income tax structure. The legislators want to ensure that additional revenue from income taxes helps reduce the property tax load.

Pritzker spokeswoman Jordan Abudayyeh said the governor appreciates the work of the task force and contended that the Democrat has done his part to reduce property taxes by increases state funding for public education and driving a cost-saving consolidation of municipal police and fire pension funds outside of Cook County.