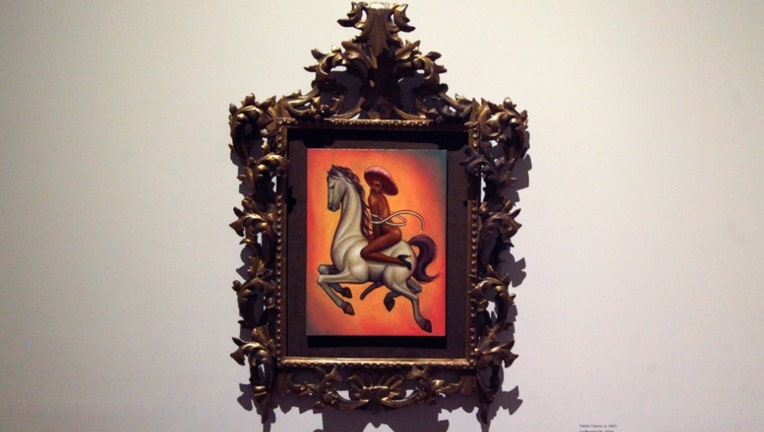 MEXICO CITY - A controversial painting depicting Mexican Revolution hero Emiliano Zapata naked except for a pink hat and high heels has sparked protests and a fight in Mexico City, where the work is part of a museum exhibit.

The painting shows Zapata straddling a horse while striking what some have described as an effeminate pose. He is normally represented in a more macho pose, with a rifle or pistol, and an ammunition belt.

“We are not going to allow this," said Jorge Zapata Gonzalez, Zapata’s grandson, who is threatening to sue if the painting isn’t removed. “For us as relatives, this denigrates the figure of our general (Zapata), depicting him as gay.”

Zapata was a prominent figure in the Mexican Revolution, leading farmers demanding land rights, before his assassination in 1919 at age 39. He is still remembered as a hero by many Mexicans.

President Andrés Manuel López Obrador on Wednesday said that Mexico's culture minister will mediate the dispute over the Zapata painting. While he hasn’t yet seen the painting, López Obrador said it doesn’t make him uncomfortable.

The work by Fabian Chairez is part of an exhibit about the hero in one of Mexico City's premier arts venues, the Fine Arts Palace. Chairez said it is not labeled as a portrait of Zapata.