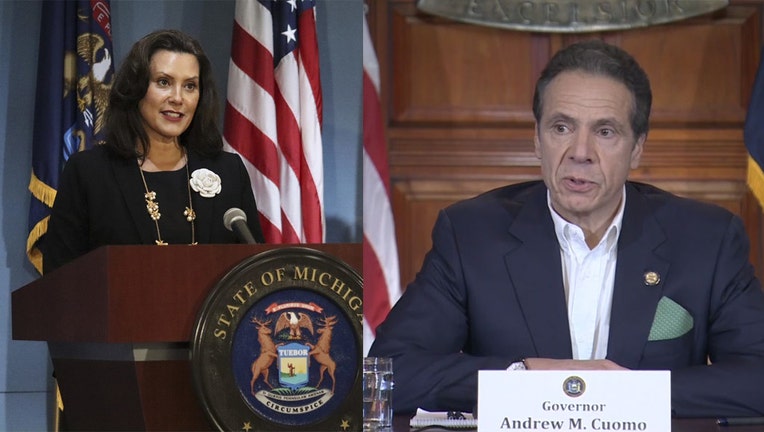 In a joint press release issued by both Democratic governors, both are calling for Congress to step in and look at how the Trump administration has handled the response to the virus.

"The unprecedented and unacceptable scale of this tragedy is the direct result of President Trump and the federal government's deceit, political self-dealing, and incompetence," Whitmer and Cuomo said in a joint statement. “Rather than turning to the advice and direction of public health experts and career public servants, President Trump instead put the health and security of the American people in the hands of political appointees whose first priority was securing the reelection of their benefactor, with predictably tragic results.

Governor Whitmer has been very critical of Trump's handling of COVID-19 since at least March. Two weeks ago during a statewide address regarding the virus, she called Trump the biggest threat to the American people.

That statement came one day after news broke that he said in a private conversation earlier this year that he "wanted to always play it down" during a February phone call with journalist Bob Woodward.

The President has defended the response saying he did not want to induce a panic.

Since then, it was revealed the White House blocked a plan by the Department of Health and Human Services (HHS) to send five masks to every house in the country for free in April. Cuomo and Whitmer called that decision 'heartbreaking' and it could have saved lives.

Additionally, HHS published guidance that people without symptoms didn't need to get tested for the virus.

"Even more dangerous, the nation learned last week that political appointees at the U.S. Department of Health and Human Services ‎-- over the strong objection of CDC scientists -- published the indefensible guidance that said people without symptoms did not need to get tested for COVID. Coupled with the agency's abrupt reversal earlier this week on guidance related to the airborne transmission of the virus, it's increasingly clear that the President and his advisers are trying to undermine the credibility of experts whose facts run counter to the administration's political agenda," Cuomo and Whitmer said.

The two governors wrapped the press release asking for Congress to step in now.

“As a country, we cannot allow this type of politically-motivated decision making to take root. Logic dictates that COVID won’t be the last public health challenge we will face, and we can’t afford to again respond by playing politics, instead of listening to the science and facts. Congress must immediately conduct an oversight investigation into the Trump administration's response to this pandemic, including the actions at HHS and the USPS the public learned about over the past week. Especially in light of Bob Woodward's reporting, the question of, "What did they know and when did they know it?" cannot be left to the history books to answer. Our future health and economic security depends on holding the Trump administration accountable today.”